The selection of titles includes the documentary "Human Flow" by Ai Weiwei, "Kedi", a film about the magnificent feline creatures from the streets of Istanbul, and "Liyana", an animated documentary taking the viewers to the African country of Swaziland. 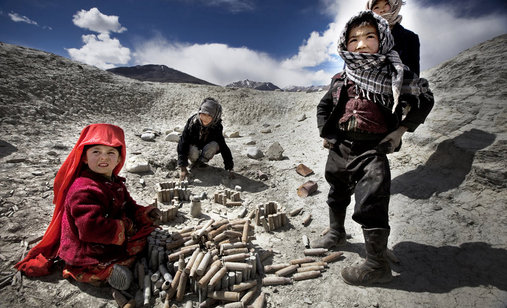 One of the novelties of this year’s ZagrebDox International Documentary Film Festival that particularly stands out is that the festival is spreading beyond its hometown. The Dox Visits event brings documentary films to CineStar cinemas in Osijek and Rijeka and CineStar Joker in Split!

Dox Visiting features three prominent documentary titles from this year’s programme and three outstanding last year’s titles. The award-winning film Human Flow by the renowned director, the most famous Chinese conceptual artist and political activist Ai Weiwei is a visually impressive documentary film made in 40 refugee camps in 23 countries, which exceptionally and compassionately portrays the immense scope of the global refugee crisis. Ai personally oversaw the work of 25 film crews in Afghanistan, Mexico, Bangladesh, France, Greece, Germany, Lebanon and other countries to depict the conditions of over 65 million people forced to leave their homes, now in search of a new one. The film was edited by one of the finest European editors, Nils Pagh Andersen (The Act of Killing, Flying: Confessions of a Free Woman). Combining his political activism and his art, Ai Weiwei fights against authoritarian regime and advocates freedom of speech, which made him an important personality both in China and globally. The film was screened at the most prominent film festivals in the world, including Venice, IDFA and Toronto.

The unusual animated documentary Liyana is a feature debut by award-winning directors Amanda and Aaron Koop. The authors gathered five orphan children from the African country of Swaziland (the highest HIV rate in the world), in order to draft an original African fairy tale about a girl, under the mentorship of South African poet and dramatist Gcina Mhlophe and Nigerian visual artist Sholefe Coker. The children found inspiration for her difficult childhood in their own. Their imagination engendered Liyana, a girl going on a journey to save her two young brothers and whose character will lead us to bravely take a peek into the darkest corners of our memories. At Los Angeles Film Festival the film won the best documentary award, and the jury of Durban International Film Festival honoured it with a distinction for artistic courage.

The film Kedi by Turkish director Ceyda Torun is a story about hundreds of thousands of cats roaming the streets of Istanbul freely and making an inevitable part of the city’s identity. The ownerless cats of Istanbul live in between world, neither tame nor wild, but they make people happy and give a meaning to those who decide to adopt them. The Istanbul cats are a reflection of people, because they help them get to know themselves. Kedi was screened last year at renowned film festivals, such as Portland, Bogota Independent Film Festival and DOKer in Moscow.

The films will be screened at CineStar cinemas in Rijeka and Osijek. CineStar Joker in Split will also screen three outstanding films from the last year’s edition of ZagrebDox.

Communion by Anna Zamecka unmasks the everyday life of a girl from a dysfunctional family, revealing the beauty of the rejected, the strength of the weak and a need for change when it seems impossible. The film opened the last year’s ZagrebDox and in the meantime won the European Film Academy Award for best European documentary in 2017.

All These Sleepless Nights by Polish director Michal Marczak tests the boundaries of documentary film through a portrayal of unconventional night life in Warsaw and growing up of two honest but stereotypical young men.

Land of the Enlightened is an exceptional cinematic journey through the beauty of the war torn Afghanistan by Belgian director Pieter-Jan De Pue.

Tickets are available at CineStar box offices, online at www.blitz-cinestar.hr, via the mobile app iCineStar or at ticket vending machines in the cinema lobby.