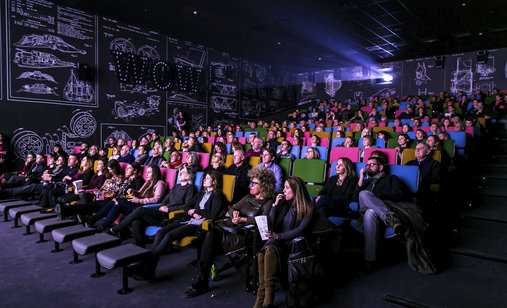 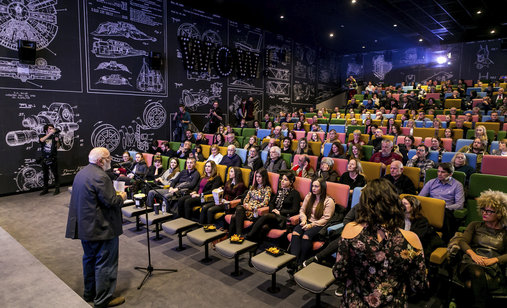 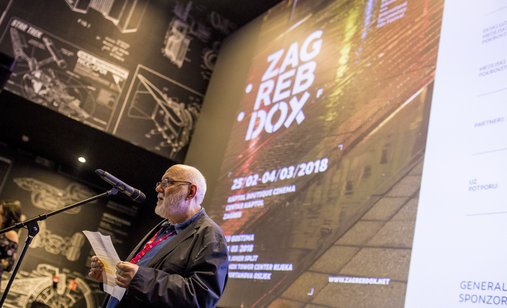 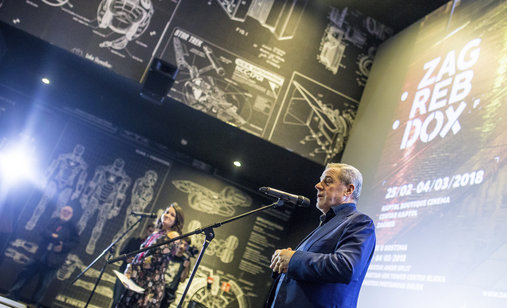 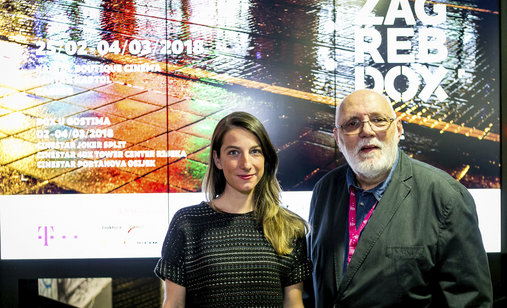 In the upcoming seven days, festival visitors will be able to enjoy a total of 125 films covering a broad spectrum of topics and taking us to all the four corners of the world.

The festival opened with the film Over the Limit by Polish director and festival guest Marta Prus, and the audience was greeted by the festival director Nenad Puhovski and mayor of Zagreb Milan Bandić, who also officially opened the festival. In his speech Nenad Puhovski pointed out that ZagrebDox is a festival promoting and celebrating diversity, primarily the creative diversity of authorial aesthetics, as well as the diversity of people before the camera.

Whenever I am asked if ZagrebDox has a special theme on a particular year, my answer is always – yes, 120 of them. ZagrebDox is a festival starting from the point that we are all different, special and belonging to a minority group which should be protected – not only racial, national, gender or economic, not only groups special attention should be paid to, such as persons with disabilities, children war victims, rejected workers or domestic violence victims, but also minorities such as the left-handed, people with feet of different sizes or (like me) men who don’t drink alcohol and aren’t into football, said the director of ZagrebDox and added we are heading for a week full of films which will hopefully inspire more respect to diversities, which our society lacks.

He concluded his speech with a thanks to all the partners, sponsors and media coverage providers. A special thanks to our golden sponsor Addiko Bank and our general sponsor Croatian Telecom, as well as the City of Zagreb and Croatian Audiovisual Centre for their support. Big thanks to our volunteers and the outstanding festival team, led by the main producer Lucija Parać, said Nenad Puhovski in conclusion.

Milan Bandić wished everyone a warm welcome to the 14th ZagrebDox, describing it as a festival of great importance for Zagreb and our film community. This festival has for years been contributing to the image of Zagreb as a cultural and travel destination, but apart from international visibility even more important is the job it does in our society, the awareness of the world we live in and the motivation to change it. Besides, its official sections develop new generations of documentary filmmakers to carry the torch of conveying the cruel but beautiful reality, said mayor Bandić and added that the City of Zagreb has been supporting this festival from the beginning as a remarkable showcase of Croatian and Zagreb culture. As a mayor I can say I am very proud of ZagrebDox and once again I extend my congratulations to the festival team on these 14 years and wish them an even more successful future. May our citizens have a best of times enjoying the films in the programme, said Bandić in conclusion and with these words officially opened the festival.

After the screening of Over the Limit, the audience was greeted by the film’s director Marta Prus, thanking the organisers for opening this year’s ZagrebDox with her film. She pointed out that she put her whole heart and soul into the making of this film, deciding to speak up about the demanding world of professional sport partly because she was also oce a rhythmic gymnast.

The 14th ZagrebDox festival closes on Sunday, 4 March and during the seven festival days it will be screening from 11am to 10pm.