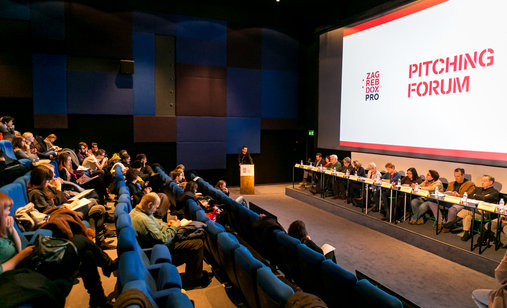 ZagrebDox Pro this year again includes a preparatory four-day workshop mentored by Leena Pasanen (Director at DOK Leipzig) and Stefano Tealdi (director and producer), intended for selected creative documentary projects at different stages of development and production. Throughout the workshop, the mentors will prepare the project teams for the central ZagrebDox Pro event, the Pitching Forum, where the teams will present their documentary projects to the members of the international panel and audience.

Every Pitching Forum participant will have seven minutes to present the project, including the screening of trailers and other visual materials and seven minutes to answer the panel members' questions. After the presentation, the international panel will decide on the best projects to receive the HBO Adria Award, including a diploma and €2000 for further project development, ZagrebDox Pro Online Mentor Award – a one-year online mentorship with Hanka Kastelicova, HBO Europe executive producer, and ZagrebDox Pro DCP Award, including the material for making a professional DCP format upon the finalisation of the award-winning project/film. Check out more detailed information about the awards here.