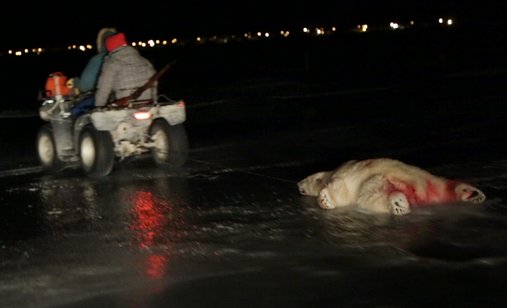 +
Far into the Arctic circle, the hudson bay refuses to freeze, the sun refuses to shine and a community struggles to define itself and redeem itself in a post colonial setting.

Ed Ou (b.1986) is a Canadian multimedia journalist, currently based in Istanbul, Turkey. He started his career reporting about the conflicts in Lebanon and Somalia and worked for Reuters and the Associated Press, covering a wide range of news stories in the area. After university, he moved to Kazakhstan, where he documented the tragic consequences of Soviet nuclear weapons testing. Recently, he has been covering the wave of uprisings in the Arab world. Ed was the recipient of a host of international awards and honours, including Global Vision Award, World Understand Award, and Photographer of the Year Award from POYi, a 1st Place Contemporary Issues Award from World Press Photo, Perpignan Young Reporter Award at Visa Pour L'Image and the Prix Bayeux-Calvados Award for War Correspondents, as well as many scholarships and grants.

Kitra Cahana (b. 1987) is a Canadian multimedia journalist and a photo/video artist. Kitra earned her BA in philosophy from McGill University and her MA in Visual and Media anthropology from the Freie Universitat in Berlin. A contributing photographer to National Geographic Magazine, Kitra focuses on the less explicable, often pushing the possibilities of the photographic medium. Her work in this genre deals with themes of the body and spirituality. Kitra is the recipient of numerous grants and awards, including a TED Fellowship, a 2014-2015 artist residency at Prim Centre, the 2013 International Center of Photography’s Infinity Award, First prize for the 2010 World Press Photo, a scholarship at FABRICA in Italy, the Thomas Morgan internship at the New York Times, and more.