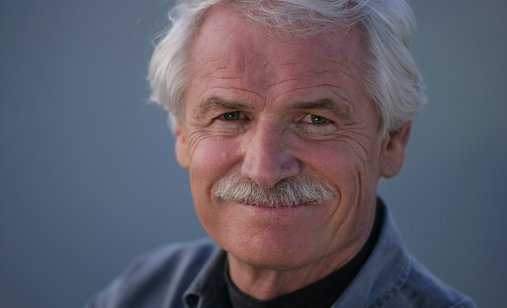 +
In this masterclass Yann Arthus-Bertrand will give insights to his unique approach to the documentary filmmaking and discuss, accompanied by clips, specifics of his work on his recent documentary Human. He will reflect on his two-year process of collecting stories through 60 countries, from everyday experiences to accounts of the most unbelievable lives. There will also be talk about never-before-seen aerial images through which our Earth is shown at its most sublime.

Yann Arthus-Bertrand is a photographer, renowned specialist in aerial imagery, director and environmentalist. He has also written several books, including The Earth from the Air. In 2009, he made his first film, Home, which became the most successful environmental film of the decade. His project 7 Billion Others, a portrait of humanity today, includes more than 6000 interviews filmed in 84 countries and has so far been seen by 350 million people.

Yann Arthus-Bertrand is also known for his commitment to the ecological battle and has been named a Goodwill Ambassador for the United Nations Environment Program. He is also a founder of an international environmental organisation GoodPlanet. He has recently finished Human, a collection of stories about and images of our world, offering an immersion to the core of what it means to be human. Human is comprised of interviews with people from all conditions in over 45 countries, and aerial images gleaned all over the world.

"I dreamed of a film in which the power of the words resonates over the beauty of the world. By exploring the experiences of the Other, I was in search of understanding. I didn’t look for an answer in statistics or analysis, but in man himself. It is in faces, looks, and words that I find a powerful way of reaching the depths of the human soul. Each encounter brings you a step closer. Each story is unique." – Yann Arthus-Bertrand