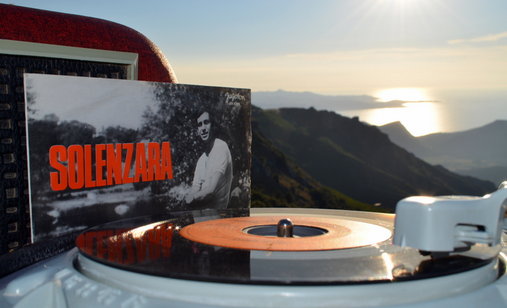 +
A documentary project in development, Solenzara, directed by Pascal and Stephan Regoli and produced by the Chjachjarella Produzione, was presented last year at ZagrebDox Pro Pitching Forum, where it won the ZagrebDox Pro Award for Best Project, which includes one-year project mentorship with Hans Robert Eisenhauer.

At this year’s ZagrebDox Pro, Hans Robert Eisenhauer and Stephan Regoli will speak about the work on project development and mentoring collaboration. They will show the new filmed materials and reflect on the project success in the past year.

Solenzara is a mid-length documentary film which is trying to solve a mystery about a popular namesake Corsican song that has charmed the audience over the last 50 years, counting more than 500 recorded versions. Equipped with a 1964 record player, the filmmakers set out to meet listeners and artists from different countries in Europe who met Solenzara on their way and try to find out what all of them have in common.