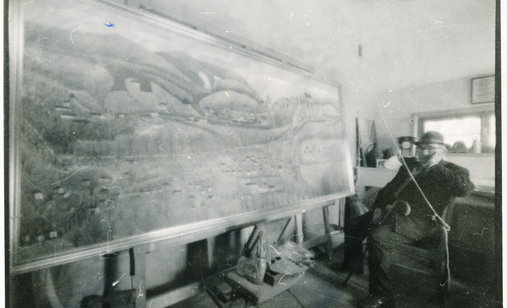 +
The film brings to life the dreamlike vision of the world through the eyes of self-taught naïve painter Matija Skurjeni.

With its poetic phrases, dynamically depicted painting fragments, clear cuts and suitable music, the film interprets and brings to life the dreamlike vision of the world through the eyes of self-taught naïve painter from Zagorje, Matija Skurjeni.

Bruno Gamulin was born in 1947 in Zagreb. He holds a degree in Art History and Philosophy from the Faculty of Humanities and Social Sciences as well as a degree in Directing from the Academy of Dramatic Art in Zagreb. He is the author of several short, mainly documentary films often made as television productions, and several feature-length films. That's the Way the Cookie Crumbles (1979, directorial and screenplay collaboration with Milivoj Puhlovski) was his debut film, while The Seventh Chronicle (1996), recounting the political victimization in socialist Yugoslavia, is considered to be his most accomplished work. His film Slow Surrender (2001) won the Big Golden Arena for best film at the Pula Film Festival. Gamulin is a full-time professor of film directing at the Department of Film and Television, Academy of Dramatic Arts, Zagreb. He received the Order of Danica Hrvatska medal.