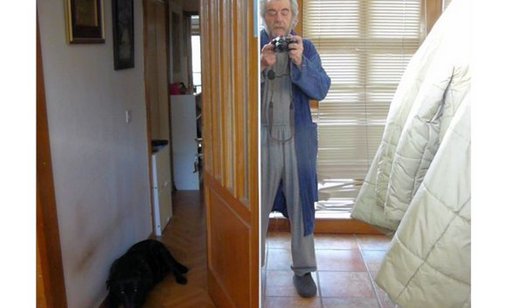 +
Although the film talks about death a great deal, the author is in fact – talking about life.

Dum spiro spero is a Latin saying meaning ‘while I breathe, I hope’. Until this day it has remained the motto of those who refuse to quit until the very last breath. Intertwining daily life, books and death, the author speaks about losing strength and the strength to cope with the loss. Everybody die the moment they are born, which is the greatest reason why to understand the values of life and enjoy the joys it gives. The acclaimed writer after a series of book made his first film and his literati experience spoke in a cinematic language that reaches the level of his literature. Details of ordinary surrounding and daily life fit in with the story they engender. This film is to a great extent a one-man show, because next to the script and directing, the author also filmed all the material and played the mouth harp.

Pero Kvesić was born in 1950 in Zagreb, where he obtained a degree in Sociology and Philosophy at the Faculty of Humanities and Social Sciences. He founded the youth magazine Polet in 1977, serving as its first editor in chief. He held the same position at the magazine Pitanja, and in 1984 he founded the magazine and the edition Quorum. He has published numerous prose works and a number of poetry collections, as well as several picture books and children’s novels. While under the mentoring of Dušan Vukotić, in 1987 he came up with the idea for the series, the script and the characters for the animated film serial Mali leteći medvjedi. He has written screenplays for several TV dramas, documentary films and series, and has collaborated on the screenplay for Rajko Grlić’s film The Melody Haunts My Memory. Since 2006 he has been writing the blog Čovjek-vadičep sreće ženu-ribu.