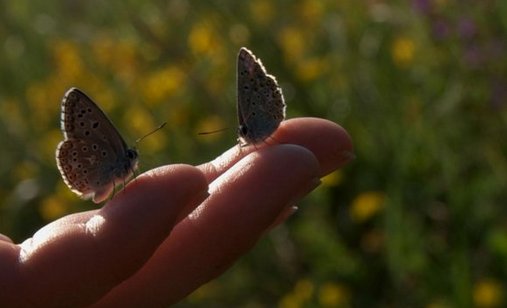 +
A woman's journey to self-awareness, confidence and maturity.

The breath-taking yet cold mountain landscapes of Lika shown in this poetic documentary intimate one’s state of mind, its inner struggles and revelations. As Zrinka films the spectacular and cruel sights of the region, that very same Lika paints the contours of the director herself, a woman influenced and taught but no longer defined by the numerous losses suffered throughout her life.

Katarina Zrinka Matijević graduated in 2002 from the Zagreb Academy of Dramatic Arts with a degree in Film and TV Directing. She also earned her Philosophy and Comparative Literature degree from the Faculty of Humanities and Social Sciences in Zagreb. In addition to writing scripts and directing documentary and feature films, she is a docent at VERN College of Applied Sciences where she teaches Introduction to Documentary Film Directing. Zrinka first gained public attention with her award-winning student film Duel (1998). Her first professional documentary On Cows and Men (2002, co-directed by Nebojša Slijepčević) has been screened at major international festivals such as IDFA, Munich, etc. In 2003, she filmed Peščenopolis. Her documentary A Two Way Mirror (2016) received an Oktavijan Award, and has been screened at a number of prestigious documentary festivals. Her first feature film, The Trampoline, premiered in the summer of 2016. After numerous screenings at international festivals, the film is used to educate staff at clinics for paediatric and adolescent psychology and psychiatry throughout Croatia, Serbia and Bosnia and Herzegovina.