Jihad: A Story of the Others 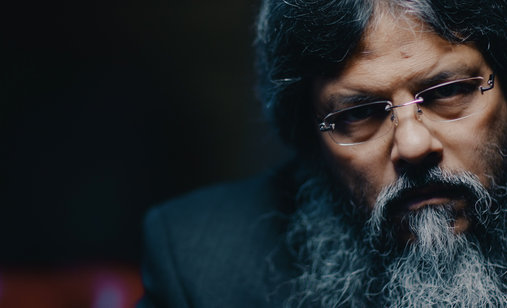 +
The documentary looks at the intimate, personal reasons individuals are drawn into that world and how some find their way out of it.

The film also shows that Westerners embracing jihad is nothing new and has been going on since the 1980s. Film author Deeyah meets one of the godfathers of the British and Western jihadi movement, who went abroad to fight, and who preached extremism to thousands of young Muslims across the UK and the West. Deeyah’s search for answers then takes her to the streets of modern Britain, meeting today’s young Muslims, caught between extremism and the War on Terror. She meets young British Muslims who feel angry and alienated, facing issues of discrimination, identity crises and rejection by both mainstream society and their own communities and families; but in surprising moments of insight and enlightenment, she also finds hope and some possible answers to the complex situation we are currently in.

Deeyah Khan is an Emmy and Peabody award-winning documentary film director and founder of Fuuse, a media and arts company that puts women, people from minorities, and third-culture kids at the heart of telling their own stories. In 2016, she became the first UNESCO Goodwill Ambassador for artistic freedom and creativity. She has received many honours for her work supporting freedom of expression, human rights and peace including the Ossietzky prize, the University of Oslo’s Human Rights Award and the Peer Gynt Prize from the Parliament of Norway. As a filmmaker, she is best known for the documentaries: White Right: Meeting the Enemy (2017), Jihad: A Story of the Others (2015) – screened at 2016 ZagrebDox, and Banaz: A Love Story (2012).

Jihad: A Story of the Others