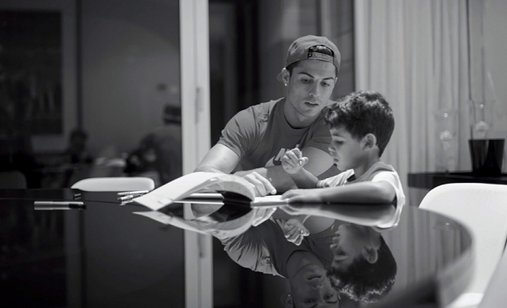 Meet the world's (possibly) best football player. Cristiano Ronaldo is loved by millions, and misunderstood by almost as many. The 30-year-old global superstar has won the prestigious Golden Ball award two years in a row, and is a spectacular personality, who divides opinions. For the first time ever, a film crew is allowed to come up close to Cristiano Ronaldo, and through intimate interviews and effervescent archive material we are told the story of how the small boy from Santo Antonio became a true football monster. At the same time, the film follows the Portuguese superstar at the top of his career during a year, when he competes in all the major tournaments from La Liga via the Champions' League to the World Cup in Brazil.

Anthony Wonke is an Emmy and triple BAFTA award winning director. He has also won among others a Grierson, RTS (Royal Television Society), Peabody Award and the Prix Italia for his films. Best known for his feature documentaries and series, and recently for his award winning commercials. Wonke's work has been shown at film festivals in the USA, Canada, the Far East, and the UK, as well as being televised on BBC 1, BBC 2, Channel 4 and HBO. He is well known for: The Tower: A Tale of Two Cities (2007), The Battle for Marjah (2010), Crack House USA (2010), Fire in the Night (2013), Syria – Children on the Frontline (2014).

Produced by:
On The Corner Films, We Came, We Saw, We Conquered Studios