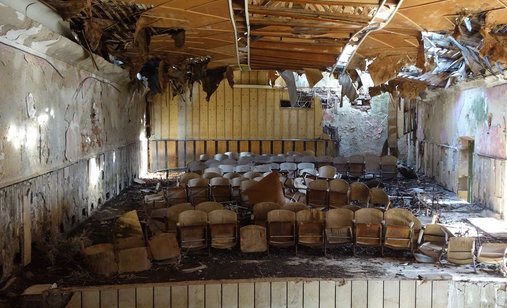 +
Ivan Ramljak's poetic documentary about the lost culture of going to the cinema in small Croatian island towns.

A poetic documentary about the lost culture of going to the cinema in small Croatian island towns during the second half of the 20th century. Six witnesses of the time recall their favourite films and events related to film watching and screening, which marked their lives.

Ivan Ramljak was born in 1974. This long-time journalist currently works as a music, film and TV editor in KLIK Magazine. He used to moderate film nights in Močvara Youth Club. Apart from that he also organized lots of cultural events. In his spare time he tries to direct as much films as possible. These efforts produced two very successful amateur feature films ‘Bore Lee: In the Claws of the Big Z’ and ‘Bore Lee: Deadly Sinjs’ in 2004 and 2005, and few amateur shorts in 2006. Early this year, he is about to direct short film The Smartest Place in the Country, a part of the composite film Zagreb Stories.