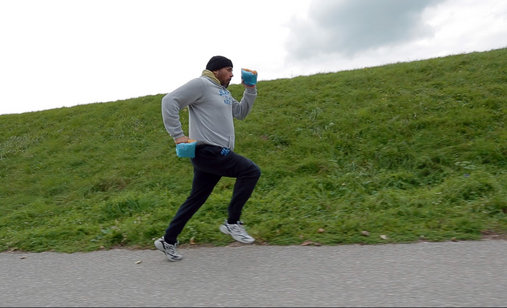 +
A portrayal of Croatian reality through the optics of events in a residential building in Zagreb.

Tomislav P. (42) is a co-owner in a residential high-rise in Zagreb. Motivated by accidentally attending the co-op meeting, his experiences there, and the ‘war’ on the building’s notice board between the two candidates running for the tenants representative, he decides to delve a little deeper into the building relations, common resources and their expenditure. However, the parliament election year sets the pace of the residential building election to an incredible extent. Resources, gas separators, damaged tins, building’s dereliction, all these matters give way to those seeking ideological answers to the questions of where you were in 1991, are you a leftist or a rightist, our man or their man. Seemingly a low-tension election prove just the opposite. Everyday conflicts arise and anxiety builds up among Tomislav P.’s building tenants.

Tomislav Pulić was born 1972 in Šibenik. He graduated from the Zagreb Faculty of Political Sciences in 1998. Since 1992 he has been working for HRT. His managerial duties reached their peak between 2009 and 2011 when he acted as the Chief Producer at Croatian Television and CEO at ORFEJ from 2011 to 2013. Since 2013 he has been the executive producer at the Department of Culture, Art and Religion. Candidate is his debut film.

Robert Tomić Zuber was born in 1976 in Pula. He works as a journalist and editor in print media, radio and television. After 11 years of working for the Croatian Radiotelevision, in 2016 he resigned and set up his own production company, TOROlab. In 2001, he directed Dreams from a Railway Station, documenting Đorđe Balašević’s three-day stay and charity concert at the Pula Arena. His documentary, The Accidental Son, screened at ZagrebDox in 2008 and his Mila Seeking Senida (2010) at its 2014 edition. Candidate, a film he co-directed with Tomislav Pulić, screened at the 2016 ZagrebDox and You Can Be Whatever You Want (2016) at the 2017 ZagrebDox. He is a lecturer at Vern Polytechnic.