Poet on a Business Trip 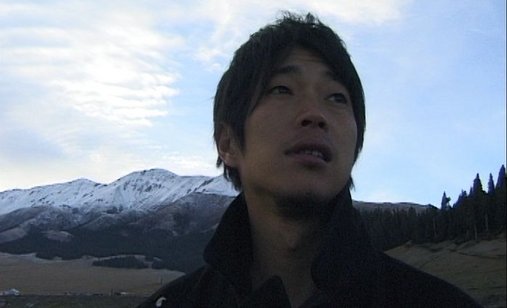 +
Film introduces us to “another China” normally hidden behind closed doors.

The suits have their professional meetings in faraway cities, but what is a business trip like for a poet? That’s exactly what Shu, an accomplished young Chinese poet, sets out to learn by travelling to the autonomous region of Xinjuang, whose name means, fittingly, “new frontier.” He meets people and explores the place (often in dingy brothels, mean streets or seedy inns), in a journey presented in sixteen parts corresponding to the poems he writes along the way. In Ju Anqi’s film, these stories of loss, passing time, drunkenness and alienation unfold on the screen, setting the tone for the realist snippets the director captured on the road ten years earlier. Neither an ordinary road trip nor a story of personal fulfilment, Poet on a Business Trip is an existentialist film grounded in the connection between words and images, by turns criticizing and teasing a country in transition that seems to have lost its bearings. The poet’s satirical, melancholy, but never sentimental perspective on his surroundings introduces us to “another China” normally hidden behind closed doors.

Ju Anqi is an artist and filmmaker based in Beijing. He is a graduate of the Beijing Film Academy. His films, including There’s a Strong Wind In Beijing (2000), have been exhibited at the Centre Pompidou in Paris and MoMA in New York. His latest film is Poet on a Business Trip.