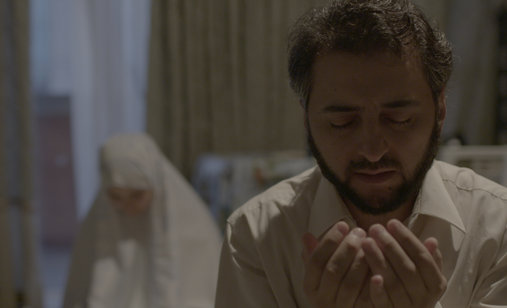 +
“I said farewell, Aleppo. If I see you again, God only knows what you will look like.”

The young Abdullah family fled the Syrian civil war and settled in Pretoria, South Africa. There, in their little one-room apartment, the Internet is all that connects them with Aleppo. As long as the Wi-Fi is working back in Syria, they can Skype with family and friends in their home city. Although happy to be able to stay in touch, it’s agonizing for them to witness from afar how their city is suffering. Lama, the mother of the family, explains how after civil war broke out the buildings crumbled like cakes. The city was once so busy it would take an hour just to cross the street, and now it’s deserted. But the greatest disappointment of all is seeing the changes in people whom they were close to. They hear about the deaths of family members, of how they got drawn into the conflict and the unexpected things they did. There’s great sorrow in the eyes of the Abdullah family, all of them looking into the camera. “I said farewell, Aleppo. If I see you again, God only knows what you will look like.”

Melissa Langer is a nonfiction filmmaker from Washington, D.C. She holds a BA in History from Carleton College and has worked for the Philadelphia Film Society, the People's Production House, and Creative Time in New York. For the past several years she has made media for permanent museum installations around the country. Her recent short films include Hauled Out, Treasure Island, and Terms of Intimacy. Her most recent film is My Aleppo.