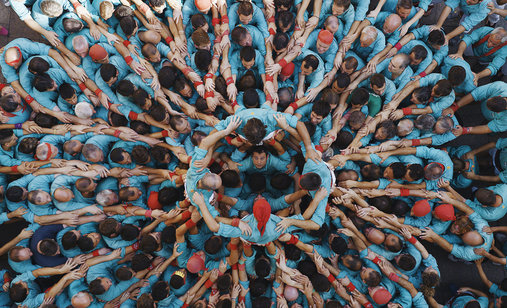 +
This film is a portrait of human kind all over Earth.

Get ready for the world's largest self-portrait. The French master photographer Yann Arthus-Bertrand has thrilled and amazed people around the world with his magnificent images of the diversity of human life on our little planet. His latest film follows up on the picture series Earth from Above and the film Home from 2009, and is an incredibly beautiful and thought-provoking work. And while Bertrand is known for portraying the world from its most sublime angles, this time he has turned his camera on its inhabitants. Human is a portrait of human kind all over Earth. Our differences and similarities, who we are and how we can live together. Both as a cinematic masterpiece and a sociological field study, Human is in an absolute league of its own, and uses both close-ups and monumental wide angles to give us an overwhelming overall impression of a world that is at once strange and familiar.

Yann Arthus-Bertrand is a French photographer, journalist, reporter and environmentalist. He is the president of the GoodPlanet Foundation, which he created in 2005. Appointed Goodwill Ambassador by the United Nations Environment Program for 2009, the same year he directed his first feature film, Home, on the state of our planet. In 2015, he released the film Human, which premiered at the United Nations and the Venice Film Festival. In 2019, he co-directed the documentary, Woman, with his frequent collaborator Anastasia Mikova.