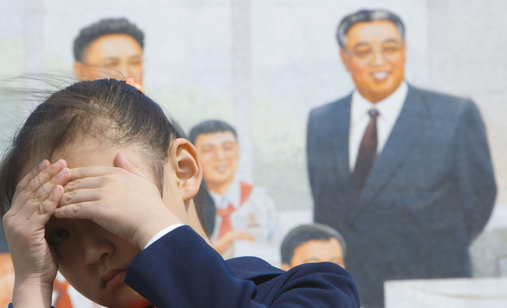 Masters of Dox, one of the official programmes of ZagrebDox International Documentary Film Festival (21-28 February, Cineplexx Kaptol Centre), consists of films made by filmmakers who have long been considered crème de la crème on the global documentary scene. One such is the acclaimed Russian director Vitaly Mansky (Pipeline, Wild Wild Beach), whose latest documentary Under the Sun unmasks the smoke and mirrors in North Korea, i.e. the making of ‘an ideal citizen for an ideal society’. Mansky spent a year in North Korea and managed to avoid the control of the Korean government which ‘participated on scriptwriting’. Under the Sun has already garnered the Best Central and Eastern European Documentary award at Jihlava International Film Festival, and Special Jury Award as well as Jury Prize for Best Director at Tallinn Black Nights Film Festival. (TRAILER)

The famed Russian director and master of observational documentary Viktor Kossakovsky (¡Vivan las Antipodas!, Svyato, Tishe!) confirms his status in Sport Kids - Varicella, part of the Ultra Sports Kids serial, about the efforts of young Russian ballerinas to maintain the privilege of studying at the most prestigious Russian ballet academy. (TRAILER)

Chinese director Zhao Liang, the author of Petition, the winner of the Big Stamp in ZagrebDox 2010 international competition, has already won the Green Drop award at the 72nd Venice Film Festival with his Behemoth. The film is a poetic allegory of powerful images about industrial destruction in mainland Mongolia and dehumanisation of workers and population. (TRAILER)

One of the most significant experimental performers of the 20th century, composer and electronic music pioneer Laurie Anderson in a brief spell lost her mother, her husband Lou Reed and her beloved terrier Lolabelle. The loss inspired her to make a stream of consciousness film Heart of a Dog, whose combination of images, animations, personal 8mm videos and countless recordings of her beloved dog intertwines with the director’s narration. (TRAILER)

Masters of Dox also includes a film about the ‘miracles of baptism and inexplicable touch of Bog’, Gates of the Lamb, by the award-winning Lithuanian director and long-time friend of ZagrebDox Audrius Stonys (TRAILER); the winning documentary of Karlovy Vary, Mallory, by Czech director and winner of ZagrebDox’s My Generation Award Helena Třeštíkova, known to follow her protagonists for years (TRAILER); and a short film A Long Way from Home by American director Jay Rosenblatt, whose retrospective was organised at ZagrebDox 2012.