The Russians Are Coming, one of 12th ZagrebDox’s special categories consists of nine films ranging from the controversial Russian domestic and foreign policy to the portrayals of atypical members of modern Russian society. 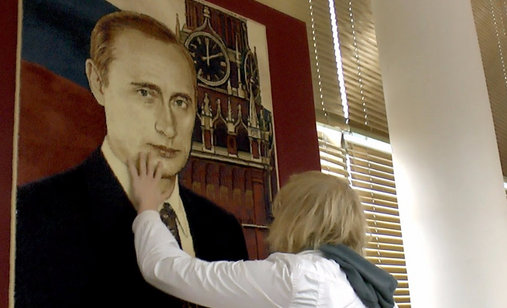 The Russians Are Coming, one of 12th ZagrebDox’s special categories, will be dedicated to documentary films from Russia or related to Russia in one way or another. It consists of nine films mostly by women directors, ranging from the controversial Russian domestic and foreign policy to the portrayals of atypical members of modern Russian society.

One of political films is The Term by Pavel Kostomarov, Alexei Pivovarov and Alexander Rastorguev. Initially a series of online documentary cover stories, this film depicts the Russian socio-political landscape in 2012, with a focus on the Moscow protests against Putin’s re-election and actions from the opposition. It screened at many prestigious festivals, like Karlovy Vary, IDFA, CPH:DOX and DOK Leipzig.

Alisa Kovalenko, the director of another political documentary, Alisa in Warland, started as an observer, but eventually became a participant. Following the events of Euromaidan from Kiev to the east of Ukraine, she was imprisoned by separatists, who mistook her for a Ukrainian military sniper.

Nepal Forever by Aliona Polunina is also included in the programme, a bizarre comedy about two Russian Leninist politicians, worried about the future of communism, as well as the short film The Conversation by Anastasia Novikova, about the last inhabitant of a village who spends his days waiting to hear from this wife, who is in a hospital.

We will also be watching Strange Particles, whose director Denis Klebleev focuses on a quantum physicist who cannot come to terms with the fact that the real world does not work like quantum physics. Repressive Russia is the subject of Children 404 by Pavel Loparev and Askold Kurov, whose young homosexual protagonists were outed at the moment the Russian government passed a law prohibiting the promotion of ‘untraditional sexual relationships’ among minors.

God’s Will by Beata Bubenec and Given in Exchange by Sofia Geweiler are thematically close. The former focuses on a group of young extremists, Orthodox neo-conservatives who are trying to implement a Eucharistic revolution, while the latter portrays several mothers who shared their experience of ‘the greatest event in life’ with the audience.

Another picture of present-day Russia is painted in Love for Sale by Taisia Reshetnikova, a film about a Muscovite vloger kept by her rich lover, whose advice on relationships attract great attention from the audience.