This land of exceptional contrasts, social and class divides and possibilities has always inspired the rest of the world. It seems we all know it, if not from personal experience, then from the ever-present pop-culture. Films from our line-up shows its other side. 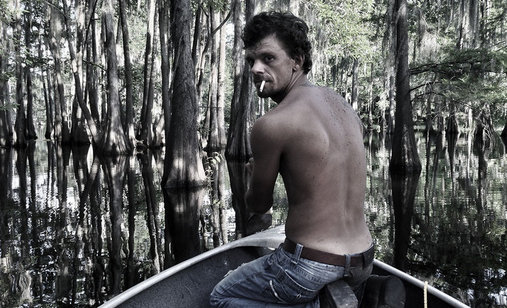 If you wish to learn about the ‘other’ America, documentary film is the best medium. Check it out tonight at 10pm, theatre 2, in the film The Other Side by Robert Minervini (regional competition) and on Wednesday, 10pm, theatre 5. Soon after his outstanding trilogy set in Texas (The Passage, Low Tide, Stop the Pounding Heart), Minervini turns to Louisiana, where we meet face to face with a group of people who seem like characters out of Deliverance. Their faces bear the scars and wrinkles of tough life, they walk around in rags, and their living conditions are chaotic. Some of the protagonists are drug addicts, other are libertarian fanatics hating the federal government. Minervini under their rough exterior still finds compassion and tenderness.

Texas is in the focus of Uncertain, in international competition (Tuesday, 10pm, theatre 5, Wednesday, theatre 1; Thursday, 6pm, theatre 2). Magnificently filmed documentary by Ewan McNicol and Anne Sandilands questions the lives of the citizens in the Texan town of Uncertain, recording their ups and downs, their past and indecisive steps towards the future.

Philip Baribeau’s film Unbranded (Happy Dox, Saturday, 7pm, theatre 3) also takes us to the pristine expanses of the American West. Four friends adopt and train wild mustangs and then embark on an epic horseback journey, stretching over more than six thousand kilometres, from Mexico to Canada, through the vast virgin landscapes.

Several films tackle America’s social issues. Nicolas Steiner, the director of Above and Below (international competition, Wednesay, 2pm, theatre 5 and Friday, 3pm, theatre 3), build his view of the country by directing the focus on the homeless people living in a tunnel on the outskirts of Las Vegas, to Dave who survives alone in a shelter in the Californian desert, and April, who has a home, but the global crisis of humanity forces her to consider relocating to Mars.

Another interesting film is The Mask You Live In by Jennifer Siebel Newsom (Teen Dox, Friday, 5pm, theatre 1), a film about a series of boys and young men fighting to stay true to themselves and trying to fit in with the narrow definition of manhood in America, and Corbin Billings’s Bite Size (Tuesday, 7pm, theatre 1), another Teen Dox entry, is an intriguing documentary about four young Americans trying to achieve and maintain healthy weight.