Among all other events of 12th ZagrebDox, audience will have a chance enjoy the latest multimedia technologies through VR screenings and spherical film watching experience with a 360 degree angle which makes film-watching even more incredible and attractive. 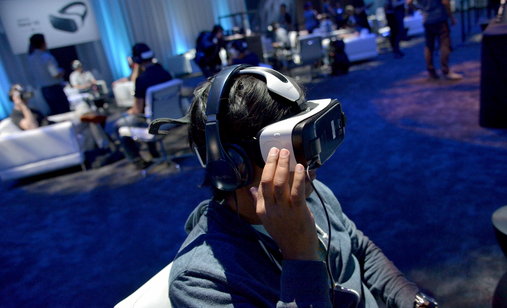 What exactly this is all about and what new excitements we’ll be witnessing courtesy of these cutting-edge technologies, check out at MAXtv Filmofeel corner, open during the festival in Cineplexx’s lobby, every day, 22-27 February.

Interactive documentaries like Millions March – a film about news reporting in VR technology, when 80 thousand New Yorkers were out in the streets protesting against racist excessive police force, co-directed by the famous American director Spike Jonze – are available with the use of Samsung’ special VR glasses.

We are also showing an interactive overview of the Zaatari refugee camp, home to more than 130 thousand refuged Syrians escaping from war and violence. Half of the camp’s population are children. Clouds Over Sidra is a story about a 12-year-old girl who spent 18 months in Zaatari, and also an example of how using state-of-the-art technologies can create solidarity with people otherwise excluded and neglected, through spreading a word about them.

The Displaced is a story of three children whose lives were turned upside down by war. The film follows their attempts of moving on and rebuilding their lives, and audience can experience their life with their own eyes and in 360 degrees, fully immersed in the reality of their homes, family and daily activities.