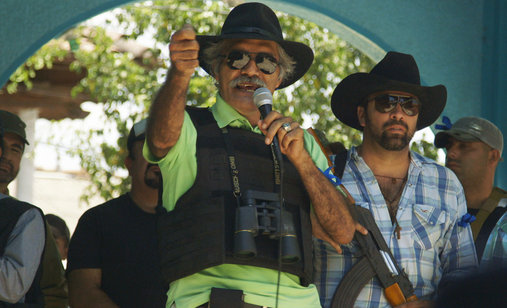 At the media conference held on Thursday, 14 January, the list of films nominated for Academy Award 2016 has been made public. The films compete in 24 categories, including best feature and short documentary film.

Fifteen titles were shortlisted in the best feature documentary category, five of which were nominated, including Cartel Land by Matthew Heineman, soon to be screened in 12th ZagrebDox international competition.

Cartel Land is a story of two citizen vigilante groups on both sides of the American-Mexican border, who decided to take the fight against drug cartels into their own hands. The film has won many awards, including best director and cinematography at Sundance. Apart from the Academy Award, Cartel Land is also nominated at BAFTAs. (TRAILER)