Today at ZagrebDox we are looking forward to no less than five premieres of Croatian filmmakers, but also winners of Sundance – The Wolfpack and Sonita. Another scheduled title is the acclaimed biopic on Kurt Cobain, and ZagrebDox Pro is hosting a masterclass by John Appel. 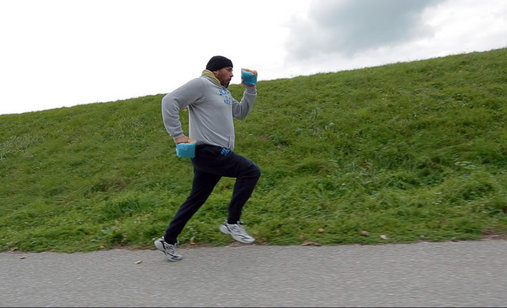 These will be regional competition entries: Short Family Film by Igor Bezinović, Candidate by Tomislav Pulić and Robert Tomić Zuber, Sanja by Nikica Zdunić, as well as A Taste of Home by Martina Globočnik (State of Affairs) and the episode Socialism Meets Capitalism from the Slumbering Concrete serial by Saša Ban (special events). After all these films, there will be a Q&A with the director. Martina Globočnik is also presenting her book Tko tu koga gleda, at the Festival Centre at 8.30pm.

Apart from the premieres, Monday also brings three acclaimed and award-winning films: the winners at Sundance 2015 and 2016 in the documentary film category: The Wolfpack by Crystal Moselle, Sonita by Rokhsareh Ghaem Maghami, as well as Ninnoc by Niki Padar, the winner of a special mention for best short documentary in the Generation selection at Berlinale. Another film on today’s agenda is the biographic documentary Kurt Cobain: Montage of Heck by Brett Morgen, Credit for Murder by Vladi Antonevicz, Above and Below by Nicolas Steiner and many others.

Also, ZagrebDox Pro hosts director John Appel and his masterclass on the possibilities of editing, with a screening of his film The Magic of Editing.