The famous French photographer and aerial shot expert, Yann Arthus-Bertrand, is having a masterclass today at ZagrebDox Pro on the subject of his unique approach to documentary filmmaking, on the example of his spectacular portrayal of mankind – the film Human. 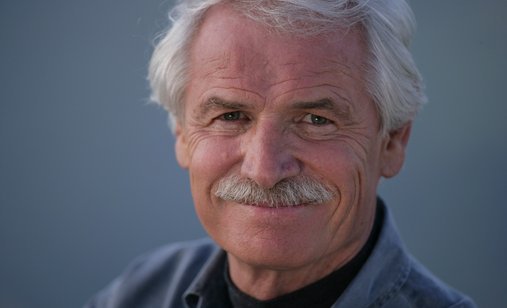 “In the faces, looks and words I find a way how to delve into the depths of human soul,” these are the words of the famous French photographer, aerial shot expert, director and environmentalist Yann Arthus-Bertrand. On Wednesday, at 18:30 at the Festival Centre, he is having a masterclass on the subject of his unique approach to documentary filmmaking, on the example of his spectacular portrayal of mankind – the film Human, screened in international competition.

Bertrand is famous for his portrayal of the world from its most beautiful angles, but this time his camera turned to the people. Human is a spectacular depiction of mankind from all the corners of our world: our similarities and differences, who we are and how we live together. Both as a masterpiece and as a sociological field research, it is a world of its own. In close-ups and monumental panning he gives an incredible portrayal of the entire world, unusual and familiar at the same time.

Yann Arthus-Bertrand has written several books, including The Earth from the Air, translated into 24 languages and sold in more than three million copies. In 2009 he made his first film, Home, the most successful environmental film of the decade.