The Factumentaries selection features Pero Kvesić’s debut as director, new films by Katarina-Zrinka Matijević and Nenad Puhovski, and the Croatian premiere of the Sarajevo Audience Award 'Chasing a Dream'. 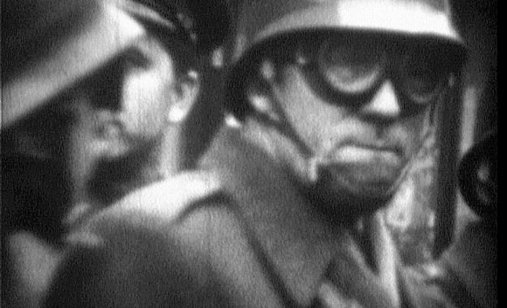 These are the world premieres of Dum Spiro Spero, the directorial debut of Zagreb-based journalist, editor and writer Pero Kvesić, A Two-Way Mirror, the latest film by Croatian documentarian Katarina-Zrinka Matijević, and Generation ’68 by director and producer Nenad Puhovski. The same programme will feature Chasing a Dream byMladen Mitrović, a film co-produced by Farbika snova (Serbia), Factum and Balkan Art Centre (Bosnia and Herzegovina), whose world premiere took place in Sarajevo, where it won the audience award.

Dum Spiro Spero is the first film of the acclaimed writer Pero Kvesić, written and directed by him. The Latin saying dum spiro spero, i.e. as long as I breathe, I hope, is the motto of those who do not quit until the very end. By intertwining daily life, books and death, the filmmaker speaks about losing strength and the power to face a loss.

A Two-Way Mirror is the latest film by Katarina-Zrinka Matijević. In this poetic documentary, the magnificent but cold mountainous landscapes of Like remind of the state of mind, internal struggles and apprehensions. As Zrinka is filming the outstanding and cruel scenes from the Lika region, Like outlines the contours of Zrinka, a woman influenced and taught by many people, but mainly characterised by the countless losses in life. In the film

Generation ’68, author Nenad Puhovski pays a tribute to the generation which shares his youthful enthusiasm and idea of a revolution that would change the world, that would be realistic and demand the impossible. At the same time, he questions the real outcomes of these changes on the social and, more importantly, personal level. It is easy to have ideas. Making them credible for generations to come is somewhat harder. Rejecting the ’68 ideals as unattainable, the new generations create their own, perhaps even more unreal. The original score was composed by Rundek Cargo Trio.

In the film Chasing a Dream director Mladen Mitrović, inspired by a series of events, decides to find the former 10-year-old actors from his first film, scattered away from their hometown by war. The director goes on a trip across the world hoping also to find the lost pieces of his past.