The 12th ZagrebDox introduces the uncompromising Swedish director and the master of heart-warming human tales of the absurdity of Georgian and Russian daily life. 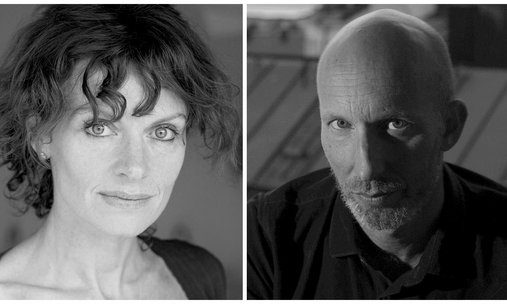 At the 12th ZagrebDox festival the audience will get a chance to meet two of the world’s finest documentary directors, Erik Gandini and Nino Kirtadzé, in retrospective programmes, expanded Q&A sessions at ZagrebDoXXL and master classes at ZagrebDox Pro. The acclaimed filmmaker of Italian and Swedish origin Erik Gandini, the winner of the prestigious IDFA Award, has earned himself the title of the Swedish iconoclast for his uncompromising and critical approach to general social occurrences. Nino Kirtadzé is an actress and documentary filmmaker of Georgian and French origin, the EFA Award winner known for her exquisite and heart-warming portrayals of people immersed in the absurdities of daily life in Georgia and Russia.

Director, writer and producer Erik Gandini grew up in Italy during the rise of Berlusconi’s television empire, and moved to Sweden in 1986. His first critical acclaim came with his feature documentary debut Raja Sarajevo (1994), filmed in occupied Sarajevo. Since then he has directed and produced many films which earned him a dozen awards at prestigious world festivals. With Swedish artist and director Tarik Saleh he directed Sacrificio: Who Betrayed Che Guevara? (2001) (TRAILER), in which he sheds light on the myth of Ciro Bustos, the man who has more than 40 years been considered the main culprit for the arrest and death of Che Guevara, and Gitmo – The New Rules of War (2005), a disturbing insight into human rights violations in American Guantanamo prison. In Surplus: Terrorized into Being Consumers (2003), which won the Silver Wolf Award at IDFA, he unmasks consumer society through the eyes of anti-globalism guru John Zerzan. Gandini’s most successful film was Videocracy (2009), at that time an unprecedented insider view of Silvio Berlusconi’s decadent political and media empire. (TRAILER)

Erik Gandini’s retrospective includes three above films (Sacrificio, Surplus and Videocracy) and his new short film Cosmopolitism (2015). International Competition will present his latest doc Swedish Theory of Love (2015), a film about the growing pains of modern Swedish nation, the nation of the lonely, in which as many as 47 per cent of the population choose to stay single. (TRAILER)

Nino Kirtadzé is a director born in Tbilisi, Georgia and based in France. Her documentaries tackle controversial issues with a focus on the human side of the story. With incredible ease Kirtadzé combines universal and personal, natural and supernatural, skilfully avoiding romance and sentimentalism. Her films have received world acclaim and won countless awards at prestigious international festivals. Durakovo – A Village of Fools (2008), a deliberately detached but nevertheless cunningly subversive film about the birth of fascist ideology in a small village near Moscow, earned her the best director award at Sundance (TRAILER). The Pipeline Next Door (2005), a warm and humorous documentary about a new pipeline coming to a poor Georgian village, earned her the European Film Award. Next to these, the ZagrebDox retrospective includes Something About Georgia (2010), a film that takes the viewer back to 2008, a crucial and brutal year in the life of a young and fragile Georgian democracy.

Nino Kirtadzé is an actress and screenwriter. The early days of her acting career were marked by the leading role in Chef in Love by Nana Djordjadze, selected for Cannes in 1996 and nominated for Academy Award. Since 1997 she has been living in France and working with many famous filmmakers, including Peter Brook and Jean- Pierre Ameris. During the turmoil in the Caucasus in the 1990s, she followed the war in Chechnya and other armed conflicts in the region as a reporter for AFP and AP.