Two films in the official ZagrebDox programme focus on their protagonists’ fight against addiction. These socially marginalised heroines rise above their weaknesses and out of love for their near and dear ones experience personal transformation, told in an honest and liberating way. 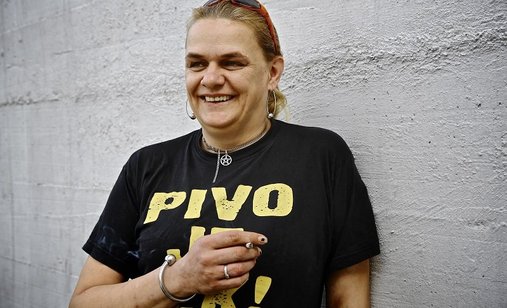 Mom and Me is an intimate autobiographical film portraying the complex relationship between director Lena Macdonald and her mother, also a director once, who ended up on the street and a crack addict. For ten years Lena filmed her on the cold and tough streets of poor Toronto neighbourhoods, and her story is ruthless, sincere and unforgettable. Mom and Me is a film about addiction, prostitution and despair, but also about family, the power of hope and the perseverance of love. The film is screened in international competition, today, Wednesday, 8pm, theatre 2.

The film Mallory (Masters of Dox) is a story about a woman who is trying to break free from the past and help those she knows best – people on the social margins. This story shows how even a seemingly hopeless life should not be stopped halfway. Director Helena Třeštíková is well known to the ZagrebDox audience. Her film René (2008, screened at ZagrebDox 2011) won the 2008 Prix Arte of the European Film Academy for best documentary film. Her film Private Universe won the My Generation Award at ZagrebDox 2013. The film Katka screened at ZagrebDox 2011.

This award-winning author with time specialised in the so-called longitudinal approach, following her protagonists’ stories over the long run. So far she has made over 50 documentaries about relationships and social issues. The film is scheduled for today, Wednesday, at 10pm, theatre 2.