On Wednesday at 6pm, theatre 4, ZagrebDox is presenting the biographic documentary on Janis Joplin, Janis: Little Girl Blue by Amy Berg, and after that, also at theatre 4, at 10pm, a lovely Happy Dox Being George Clooney by Paul Marian, about humorous world of dubbing films. 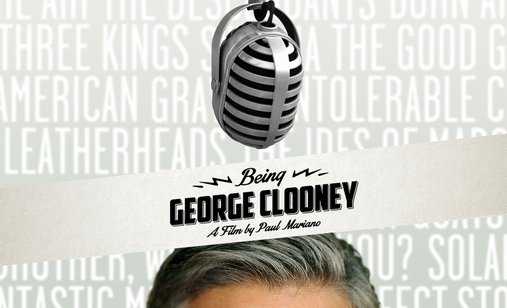 Banking Nature, theatre 4, 8pm, will show how the business sector makes immense money by trading endangered ecosystems as shares, followed by a Q&A with Denis Delestrac.

Socially important film Under the Sun (theatre 3, 7pm) by Vitaly Mansky managed to capture the real, authentic North Korea. He spent a year filming little girl Zin-mi and her family, who we often see getting instructions from competent authorities on how to present themselves to the audience better as a patriotic family unit. Mansky, another festival guest, will reveal details in a Q&A with the audience after the screening.

ZagrebDox Pro training programme on Wednesday at the Fetsival Centre at 6,30pm is hosting a masterclass by the famous director Yann Arthus-Bertrand, who will present his unique approach to documentary filmmaking and explain on the example of his latest film Human all the characteristics of his work. Later, at 9pm, theatre 3, he will have a Q&A with the audience after the screening.

Another Q&A will host Nino Kirtadzé, an international jury member and director, whose retrospective the festival is showing this year. The director will be with us after the film Something About Georgia, scheduled for 7pm, theatre 1.

Two documentaries of Croatian authors are also scheduled: 4.7 by Đuro Gavran, about a man who once had 4.7 level of alcohol in his blood, and Tourism! by Tonći Gaćina, about the most important Croatian economic sector. The films are screened in the same programme block, theatre 2, 6pm, followed by a Q&A session with the directors. Others authors coming in person will by Denes Nagy, presenting Harm, and Vlatka Vorkapić, whose Grandpa, Batek, Granny is screened in a retrospective of Croatian anthropological documentary.

On Wednesday, ZagrebDox will also be presenting the new issue of Hrvatski filmski ljetopis, a journal featuring a theme spread on cinematography. The presentation is scheduled for 4pm at the Festival Centre, with the participation of authors Dinka Radonić and Arsen Oremović, and editor-in-chief Nikica Gilić.