A screening of The Swedish Theory of Love and a masterclass by Erik Gandini, the central ZagrebDox Pro event – the pitching forum, the special programme Children Changing the World, and two Factumentaries premieres. 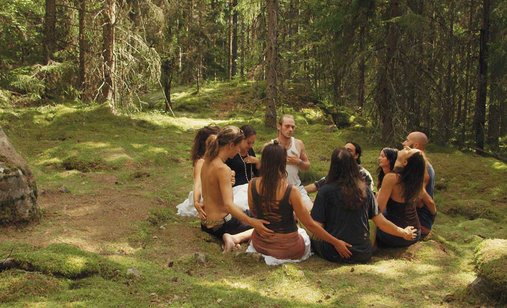 After three days of working on the development of 12 creative documentary projects, the participants of ZagrebDox Pro will be presenting their projects on Thursday at the central Pro event – the pitching forum of TV editors, film fund representatives, distributers and producers. The panel members include Claire Aguilar, film programmer and industry manager at Sheffield Doc/Fest and the chair of ZagrebDox’s international jury; Ryan Harrington, documentary and special programme director at Discovery Communications, and Hanka Kastelicová, executive producer at HBO Europe’s documentary department. The Pitching Forum is scheduled at 10am, theatre 5, with free admission.

ZagrebDox Pro on Thursday also hosts a masterclass of the acclaimed Italian-Swedish documentarian Erik Gandini. At 5pm, at the Festival Centre, he will be speaking about essay documentary and examples of how to tackle narrative and structure, and how to give a sense to a film. This year’s ZagrebDox screens a retrospective of Gandini’s films, and international competition includes his The Swedish Theory of Love (9pm, theatre 3), with a Q&A session after the screening. Gandini is staying in Zagreb until the closing day of the festival.

Several documentaries will have their premieres. At 8pm, theatre 5, there is Urban, a film by Croatian director Nataša Vidaković, in co-production with Slovenia. Two Factumentaries will also premier, A Two-Way Mirror by Katarina-Zrinka Matijević (theatre 1, 8.30pm) and Dum Spiro Spero by Pero Kvesić (theatre 1, 9.30pm), as well as Dragon Woman by Ivana Sansević (Teen Dox, 6pm, theatre 5). All the directors will stay for Q&A sessions after the screenings.

Another Q&A guest will be Nebojša Slijepčević, whose film Justice is part of the regional competition, theatre 2 at 8pm. Justice is a film about citizens from Bjelovar and around, who still haven’t managed to claim damages from the state for their bombed homes.

Also, Jakob Gottschau will be here in person to discuss his Facebookistan, a film after which you will think twice before posting something on Facebook, as well as Samir Mehanović, whose The Fog of Srebrenica won a jury special mention for a medium-length at IDFA 2015, and Roman Bondarchuk, the director of Ukrainian Sheriffs (Happy Dox). The Fog of Srebrenica’s Q&A will also host Nigel Osborne, author of the original score for the film.

Among other entries, regional competition is screening Wastecooking by Georg Misch (theatre 2, 10pm) and the award-winning Flotel Europa by Vladimir Tomić (theatre 5, 8pm).

The Visit: An Alien Encounter by Michael Madsen is a philosophical film about a hypothetic encounter with aliens and is scheduled for 10pm, theatre 5. Also, there is a documentary focusing on the bases of the Israeli and Palestinian educational system, Teaching Ignorance by Tamara Erde, at 6pm, theatre 5, as well as the award-winning Behemoth (6.30pm, theatre 1) by the master of dox Zhao Liang, a film in which the monster represents the Chinese mining industry.

The 5pm slot at theatre 1 features the special programme Children Changing the World, a screening of films made at workshops in refugee camps in Jordan and Austria, followed by a panel on migrations.

Thursday is also the day when the Regional Audiovisual Collaboration and Training initiative (RE-ACT) will be presented, a transregional initiative for co-development of audiovisual projects and stimulation of international co-productions, as part of ZagrebDox Pro, at 7pm, Festival Centre.