From 21 to 28 February, get ready for ‘the eight most documentary days of the year’. Preparations are up and running, countless surprises are getting set, and the finest films for the competition are being selected among 2000 titles from all over the world. 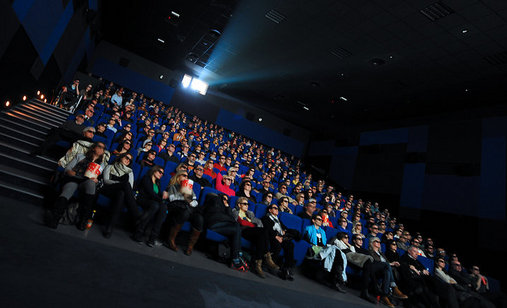 During ‘the eight most documentary days of the year’, Sunday through Sunday, 21-28 February 2016, ZagrebDox is for the 12th time offering a selection of the finest documentaries in international and regional competitions, official and special programmes and a series of retrospectives.

International competition features the finest world auteur and creative documentary films made and produced in the past year, with a focus on anything new, daring and out of the ordinary in the documentary domain. ZagrebDox is putting a special accent on regional competition, which makes it particularly attractive to all who wish get acquainted with the recent regional documentary production in one place. More than 2000 films from all four corners of the world are considered for the 2016 ZagrebDox competition.

For the 12th time around, ZagrebDox is hosting ZagrebDox Pro, a training programme consisting of a preparation workshop intended for creative documentary projects at different points of development, a pitching forum and one-on-one meetings. ZagrebDox Pro call for entries this year received 105 documentary project applications, and a dozen will be selected for participation.

A final list of selected films and projects will be made public in late January.