The special programme called Children Changing the World is today screening the films made at workshops in refugee camps in Jordan and Austria. The children’s first encounter with a camera resulted in a series of videos reflecting nostalgia and trauma, as well as hope for a better future. 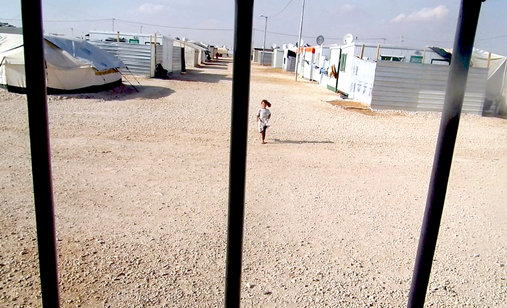 The special programme Children Changing the World is focusing on the currently burning and controversial issue of refugees fleeing Syria to Jordan, as well as those who managed to arrive to Austria from the Middle East.

Last year at refugee camps on the north of Jordan there were several film workshops. Girls who had to leave their homes in Syria because of the war were taught who to use different media to record daily life – the looks, feelings and sounds of life at their new home, a refugee camp.

At the same time, several thousand kilometres away, in Austria, the same goal brought together a group of filmmakers and young people, also refugees, who found themselves in Austria without parents. To almost all the participants this was a first encounter with a camera, and months of work resulted in a series of expressionist videos testifying to daily life and reflecting nostalgia and trauma over the events they left behind, showing a hope for a better future.

Some films were produced by independent filmmakers with the support of the non-profit Sundance Institute, while some saw light via crowd-funding. Young directors have been presenting their films at festivals like Sundance, and some also garnered awards, e.g. Another Kind of Girl and The Girl Whose Shadow Reflects the Moon.

The screenings are scheduled for today, Thursday, 5pm, theatre 1.

The screenings will be followed by a panel discussion including Ranko Ostojić, former Croatian minister of the interior, and Luka Juranić, the founder of the association Are You Syrious?, helping the refugees along the Balkan route, moderated by Milena Zajović.