Biography Dox entries will introduce you to the icons of popular culture – Kurt Cobain and Marlon Brando, football celebrity Ronaldo, but also Allende – the iconic socialist president of Chile, whose legacy is questioned by his granddaughter decades after his execution in 1973. 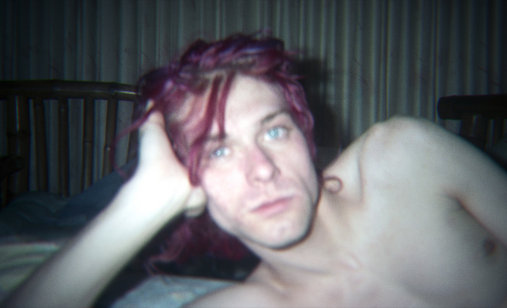 Six entries from the official programme Biography Dox will introduce ZagrebDox audience to several globally popular personalities from the world of music, football and film, as well as to brave torch-bearers of political and social changes, such as Pakistani girl Malala Yousazfai and French glaciologist Claude Lorius.

He Named Me Malala is an intimate portrayal of Malala Yousafzai, a Pakistani student and activist for the right of (female) children to education. When she was 15, on her return home from school, the Taleban shot her in the head and neck. The feisty girl survived and continued her struggle for human rights. This film by Davis Guggenheim provides an insight into the life of this exceptional Nobel Peace prize winner and tells the story of her public work and her relationship with her father.

Ice and the Sky is a story about the life and work of glaciologist and climatologist Claude Lorius, with a powerful message about what is going on and what could happen if people keep ignoring climate changes. Lorius’s first encounter with Antractica took place in 1955, when he discovered, as a young man, that every bubble of air trapped in ice contains the sample of air thousands of years old. Today, about to turn 80, Lorius and director Luc Jacquet travel back to the past and look back on his life as a history of the entire planet.

In the film Kurt Cobain: Montage of Heck by Oscar winner Brett Morgen, we follow the story of Kurt Cobain from his early days in Aberdeen, to the pinnacle of Nirvana and Cobain’s suicide in spring 1994. With the help of home videos, journals, photographs and animation, Morgen discovers in the film so far unknown details from the life of this musician and grunge icon. The film was nominated for an Emmy in seven categories, including best documentary.

British Emmy and BAFTA- winning director Anthony Wonke spent 14 months following Cristiano Ronaldo with his camera and thus created the first official and fully authorised documentary on this football celebrity. In the film Ronaldo, Wonke enters the footballer’s home and sees his as a father, friend and family man.

The programme also includes Beyond My Grandfather Allende, a biography of the Chilean president deposed in a coup in 1973, directed by his granddaughter Marcia Tambutti Allende. The film won the best documentary award at the Cannes Festival in 2015.

Finally, there is Listen to Me Marlon, by Stevan Riley, a tribute to the fascinating personality of Marlon Brando, running for the prestigious BAFTA and Cinema Eye awards.