Check out on HTV3 the award-winning films produced by Factum in the past 20 years, films by famous director Kim Longinotto, and meet two filmmakers coming to this year’s, 12th ZagrebDox through their films and cover stories: Erik Gandini and Nino Kirtadzé. 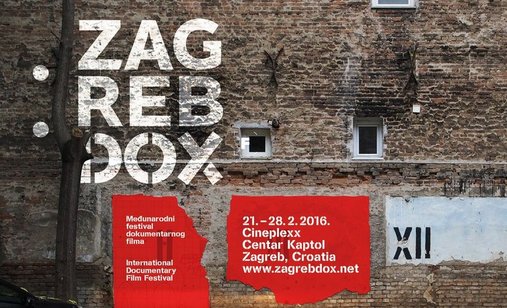 A TV warm-up for ZagrebDox begins on Tuesday, 2 February, with a show dedicated to Factum on Three, including the following documentaries: Jurić – Fortress by Zvonimir Jurić (2/2), Vajt by Nikola Strašek (3/2), The Boy Who Rushed by Biljana Čakić-Veselič (4/2), Vastation by Domagoj Matizović (8/2), Years of Rust by Andrej Korovljev (9/2), BAG by Dalibor Matanić, Tomislav Rukavina and Stanislav Tomić (10/2), Happily Ever After by Tatjana Božić (11/2) and Naked Island by Tiha K. Gudac (12/2).

On Valentine’s Day (14/2), HTV3 is showing an all-day romance marathon. Around 10.40pm the multi award-winning film Love is All is scheduled. Director Kim Longinotto, last year’s ZagrebDox guest, takes us on an interesting journey through the 20th century, questioning love and courtship on the screen in a century of unprecedented social turmoil.

On Friday (19/2), the audience will have a chance to see Don’t Breathe, a more recent work by French filmmaker Nino Kirtadzé, one of 12th ZagrebDox guests, a subtle comedy that explores the ailments of middle age and health issues. Kim Longinotto’s Rough Aunties are scheduled for Sunday (21/2), the winning documentary at Sundance 2008, about an extraordinary group of women, unrelenting in their efforts to protect the abused, neglected and forgotten children of Durban, South Africa. The same programme includes Kim Longinotto’s masterclass, held last year at ZagrebDox.

Bad Blue Boys by Branko Schmidt is scheduled for Monday (22/2) and on Thursday (25/2) we shall be watching Surplus: Terrorized into Being Consumers, launching a cycle of Erik Gandini, the famous Italian-Swedish filmmaker, winner of the prestigious IDFA Award and director of the iconic film about Berlusconi’s empire, Videocracy. The programme also includes the award-winning film Cash & Marry by Atanas Georgiev (26/2). HTV3 viewers will also have a chance to follow many interesting events at 12th ZagrebDox, including Erik Gandini’s and Nino Kirtadzé’s masterclasses.