A documentary about an ordinary family with extraordinary secrets, directed by Karen Guthrie, on Sunday, 21 February, opens the 12th edition of ZagrebDox, this year again featuring many burning and timeless issues in more than 160 films – from famous titles to numerous world premieres. 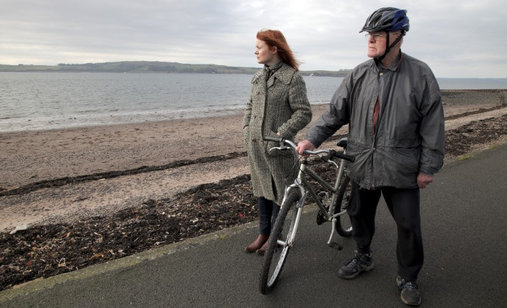 In the winning film of the largest North American documentary film festival, Hot Docs, director Karen Guthrie returns home after her mother’s stroke along with her mysterious father. An unexpected family reunion gave the director one last chance to patch things up and reconcile some issues in the family ‘idyll’, including divorce, the father’s mysterious disappearance for ten years, and the fact that he got a son in Africa no one else in the family knew about.

ZagrebDox also features current and timeless subjects in more than 160 films, some already famous and important international titles, as well as many world premieres of Croatian documentaries. Regional and international competitions, as well as quite well known official programmes and retrospectives, this year focusing on Nino Kirtadzé, Erik Gandini and Bruno Gamulin, are joined by special programmes and events. This year’s special programmes focus on Russian film (The Russians Are Coming section) and films made in refugee camps in Jordan and Austria (Children Changing the World). Among special events, daily visitors to MaxTV Filmofeel Corner will have a chance to immerse themselves into virtual reality wearing Samsung Gear VR special goggles. ZagrebDox also promotes healthy lifestyle and environmentalism – the Zagreb premiere of Bikes Vs. Cars by Fredrik Gertten will be introduced by a cycling caravan!

There will also be a lot of talking about film. The ZagrebDox Pro training programme, aside from its central event – the pitching forum, includes masterclasses, case studies and discussions open to the public. Also, after the last year’s first edition of ZagrebDOXXL participative documentary platform with expanded communication between the audience and filmmakers, the tradition continues. There will be Q&As with documentary filmmakers from this year’s retrospectives and author’s night, Fredrik Gertten will introduce himself to the audience, as his documentary Bikes Vs. Cars touches upon many topics related to present-day transportation, and a panel discussion: the burning issue of Middle Eastern refugees and pertaining controversies, after Children Changing the World screenings, will be discussed by Sepp Brudermann, mentor at a film workshop for refugees, Ranko Ostojić, former Croatian minister of the interior, and Luka Juranić, founder of the association Are You Syrious?.

Tickets for the 12th ZagrebDox shows can be purchased at Cineplexx, Kaptol Centre, Nova Ves 17, during the box office opening hours and online at Cineplexx’s website.