A new warm-up ZagrebDox programme, Fall in Love with Documentaries, takes place 12-14 February at Cineplexx Kaptol Centre. It features three films in three days and ends up on Valentine’s Day with the screening of spectacular portrait of humanity, film 'Human'. 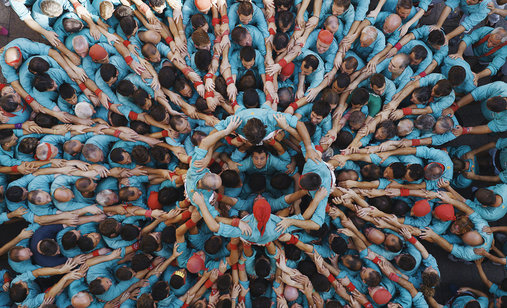 The 12th edition of ZagrebDox takes place Sunday thru Sunday, 21 to 28 February at Cineplexx Kaptol Centre. Aside from kicking of earlier than usual and ending in February instead of March, ZagrebDox will try to attract the attention of the lovers of quality documentaries a week before the official opening of the festival, 12, 13 and 14 February with a programme titled Fall in Love with Documentaries.

Wolfpack (TRAILER), directed by American filmmaker Crystal Moselle, follows the six Angulo brothers who, courtesy of their eccentric father, spent their lives isolated in a Manhattan apartment. All they know of the world comes from their father’s rich collection of films. My Love, Don’t Cross That River (TRAILER) is Korean director Jin Mo-young’s feature debut, about a married couple of 100-year-olds who, even after 76 years of marriage, still go to bed holding hands. The audience’s favourite at prestigious world festivals has grossed the greatest ever Korean independent film box office results. Trying to create a sort of documentary portrait of humanity, director Yann Arthus-Bertrand and his team over the course of three years interviewed over two thousand anonymous people in 60 countries, whose stories intertwine with impressive aerial shots of life on Earth (TRAILER).