Introducing the programme and the lecturers of this year's ZagrebDox Pro

Every True Poet at 11th ZagrebDox

Every True Poet at 11th ZagrebDox

A film about a unique poetic world of the recently deceased Slovenian poet Tomaž Šalamun has been selected for the Biography Dox section. 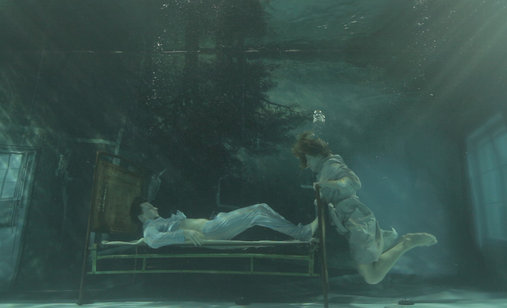 The Slovenian short documentary film Every True Poet, created by the same team that pitched a feature-length documentary about Šalamun at last year’s ZagrebDox Pro (under the title Pumpkin on the Hot Roof of the World / Bučka na vroči strehi sveta), has been selected for the 11th ZagrebDox programme. The film, directed by Nejc Saje and Jeffrey Young, is an experimental portrayal of one of the most original and significant poets of the late 20th century, Slovenian avant-gardist Tomaž Šalamun (1941-2014).

In the film, the poet offers insights into the nature of creativity and creative processes and reveals what they mean to him personally and to mankind. The film will screen in the official Biography Dox section. The 11th edition of the International Documentary Film Festival ZagrebDox takes place from 22 February to 1 March 2015 at Cineplexx Kaptol Centre in Zagreb.