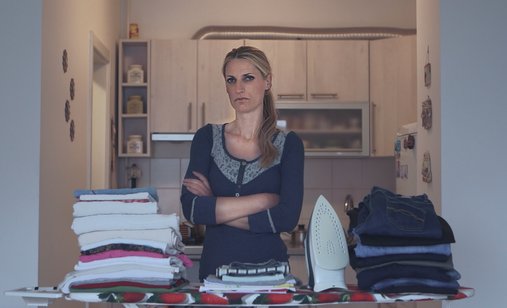 +
A portrayal of a space and life in a newly built neighbourhood on the outskirts of the Croatian capital.

The experimental documentary film Limbo is a portrayal of a space and life in a newly built neighbourhood on the outskirts of the Croatian capital. Structured around four, so to speak, narrative unities and with a total of 33 static shots, six of them portraits of the neighbourhood inhabitants, reduced to a sort of photographic models, this film idiosyncratically speak about life in a large urban environment. As a parable of modern civilisation, Kanjir’s topographic study of an urban limbo is the first part of the tetralogy about the Croatian capital, whose other parts (Purgatory, Paradise and Hell) are based on an identical aesthetic principle: formalist restriction and compositional precision of the frame which, in combination with the use of ambience sound and subtle social commentary, create a hypnotic, meditative journey across the Croatian metropolis.

Davor Kanjir was born in 1974 in Zagreb. He attended the European Film College in Ebeltoft, Denmark. He holds a bachelor’s degree in production and a master’s in film and TV directing (documentary film) from Zagreb’s Academy of Dramatic Art. He wrote, produced and directed documentary films Monk (ZagrebDox, 2010) and My Good and Beautiful Friends (ZagrebDox, 2011). Limbo is his latest film.