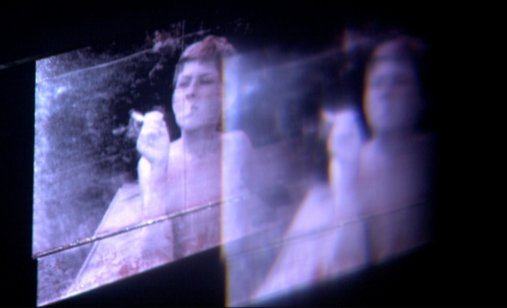 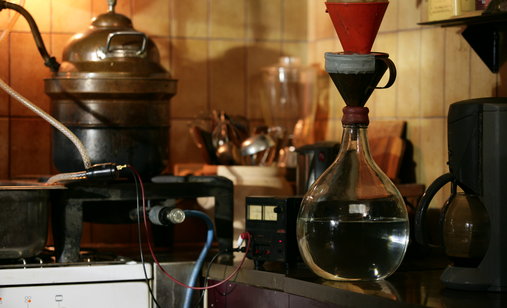 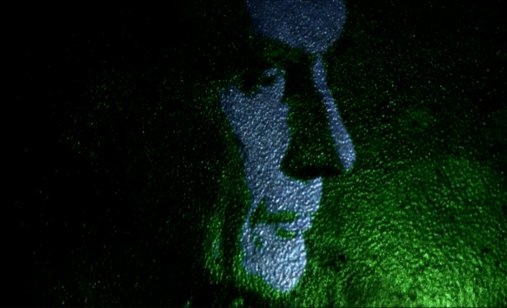 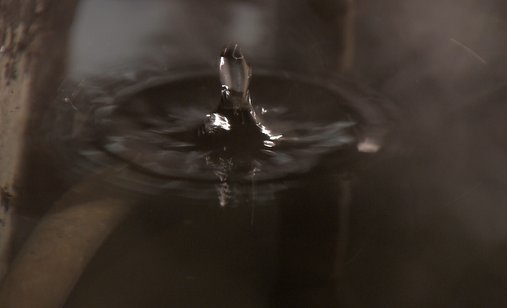 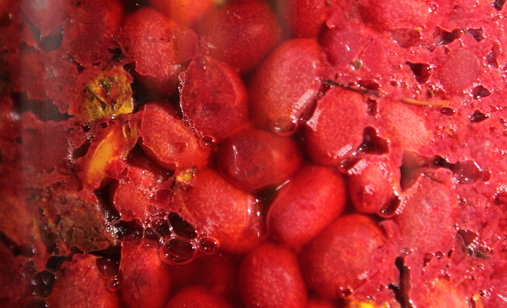 Film follows illegal brandy making sessions held by Eric Maria Strom (aka Mario Haber), a sound engineer and dedicated maker of brandy (rakija). For over a decade he had been recording conversations and sounds around the spirit fermenter and in his house. The film is a reconstruction of those audio recordings through a sound scape and visuals that best interpret them. In a way, it is a film to be seen with ears. Mario Haber tragically passed away in the summer of 2014. The film is also dedicated to the memory of this very special person and particular character, who often, as it can be seen in the film, stayed invisible – almost like a spirit.

Damir Čučić began pursuing film in 1989 at Enthusia Planck Filmmakers’ Group. In the past 20 years, he has developed in several areas within the audiovisual media, mainly as a film director. He has directed documentary, experimental, short fiction films, science TV serials, documentary radio dramas and two feature-length films, which garnered 24 awards and were shown at around 130 festivals in 40 countries and on more than 20 public TV channels. His fiction film A Letter to Dad (2012) won the Golden Arena for best Croatian film in 2012, while Čučić was awarded for best editing and best debut director. Mitch – Diary of a Schizophrenic Patient (2014) received a Jury Special Mention at FIDMarseille. Documentary The Spirits Diary screened in the 2015 ZagrebDox Regional Competition, while Čučić was a member of the ZagrebDox international jury in 2014.