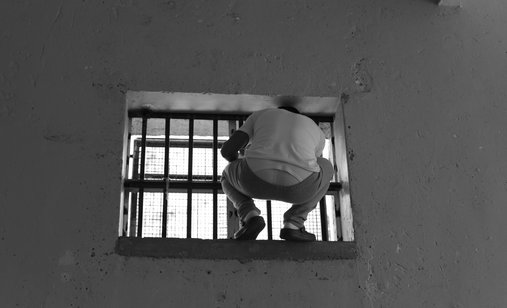 +
In quiet observations the film portrays the life of the residents of San Fernando, a prison in Mexico City.

Städtebewohner tells the story of everyday life in the Comunidad San Fernando, a prison in Mexico City. About 200 prisoners are currently living here, offenders who were sentenced as juveniles for a maximum of 5 years to San Fernando in order to leave it as men not older than 23. In quiet observations the film portrays the life of the residents of San Fernando. It is December. We get to know 3 of those 200 better. There are Samuel and Ever, still children when they were judged guilty of murder. "It’s complicated but I didn’t do it" says Samuel. "I shot him in the head", Ever says, and what does his glance say when adding "I was 14". And there is Irving, who was a robber and fears the outside, his liberty, when spring will come.

Thomas Heise, born in 1955 in East Berlin, is one of the most important documentary filmmakers of our time. Heise studied at the Potsdam-Babelsberg Film Academy in the GDR. Since 1983 he has worked as a freelance writer and stage director, and making radio-plays and documentary films. All until the collapse of Eastern Germany’s political system, all of his documentary works were banned. In 1990 he completed an MA course at the Berlin Art Academy. Since 2007, Heise has been teaching film and media art at Hochschule für Gestaltung Karlsruhe.