MUST SEE in other official and special programmes of ZagrebDox

A film for those in love, out of love or looking for love, 'Sleepless in New York' in International Competition of 11th ZagrebDox 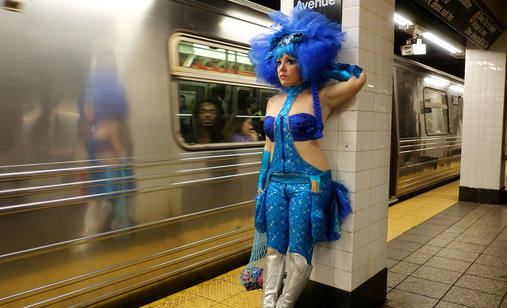 Paralyzing, tormenting and overwhelming, lovesickness is the topic of this sensitive and compelling documentary film. It takes intimate testimonies of several heart-broken New Yorkers to question the very foundations of love and the accompanying feelings of pleasure or agony.

Oscar nominated director Christian Frei, award-winning cinematographer Peter Indergand and renowned anthropologist Dr. Helen Fisher dive into the frenzied nights full of pain and tears, yet also with wakefulness and creativity of three newly rejected, and reveal the astounding and profound processes that unfold in the brain of the lovesick. Exploring the difficult path out of self-destructive obsessive behavior, toward a new self, Sleepless in New York is a film for those in love, out of love or looking for love.

Christian Frei is a Swiss filmmaker and film producer. He is mostly known for his films War Photographer (2001, Academy Award Nomination Best Documentary Feature), The Giant Buddhas (2005) and Space Tourists (2009). Since 2006, Frei has been an associate lecturer at the renowned University of St. Gallen. Since August 2010 he is president of the Swiss Film Academy.