What does Wednesday at ZagrebDox bring?

Plan your Tuesday at ZagrebDox

What to do at ZagrebDox this Monday?

Kim Longinotto film cycle, between 19 February and 2 April, is scheduled on HRT3, and includes eight films by this distinguished British director. 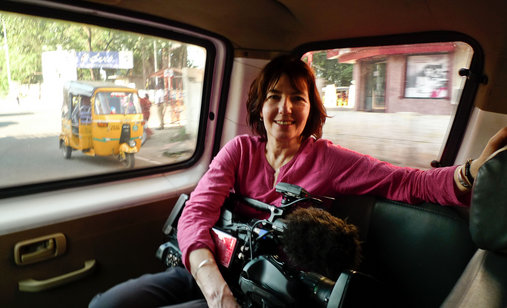 As part of the media collaboration between HRT3 and ZagrebDox, Croatian Television’s Channel 3 broadcasts a cycle of films by the great British filmmaker Kim Longinotto, including eight of her films. The cycle is scheduled for 19 February to 2 April, and the films run on Thursdays, 8pm or 9pm.
Previous editions of ZagrebDox showed her films Salma (2013), Pink Saris (2010), Rough Aunties (2008), Sisters in Law (2005) and Gaea Girls (2000). Kim Longinotto’s HRT3 cycle, next to these, also includes the titles Croatian audience has not had a chance to see yet.

Born 1952 in London, Kim Longinotto began pursuing film as a student. Longinotto is one of the most interesting documentary filmmakers, her poetics is simple, consistent and unique. Her style resembles that of ‘Direct Cinema’ – she records the reality objectively, with minimal technical interventions. Her documentaries are observational, but above the neutral style there is a rounded up and socially engaged poetics of a great filmmaker. Kim Longinotto’s films are filled with subtle and rarely seen love for her characters. The largest part of her work focuses on the position of women in contemporary world, but Longinotto tackles other characters as well, for instance, children in a shocking masterpiece Hold Me Tight, Let Me Go.

Kim Longinotto has won many awards at the most important international film festivals. Her retrospective screened at the famous Museum of Modern Art in New York City. This year’s ZagrebDox screens two of her latest films, Dreamcatcher and Love Is All: 100 Years of Love and Courtship, and she has won the My Generation Award, presented to ‘the filmmakers who have, mainly quietly and unobtrusively, through the quality of their work, remained present and crucial in documentary film for years, even decades.’

On Saturday, 28 February, the TV programme Posebni dodaci will be dedicated to Kim Longinotto and screen her film Shinjuku Boys.