What does Wednesday at ZagrebDox bring? 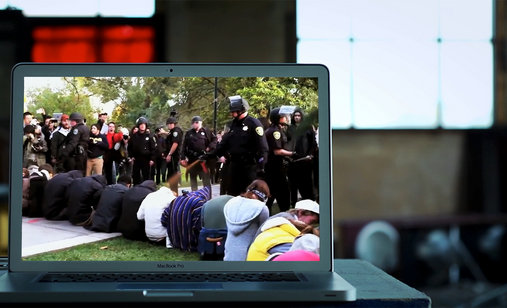 Beside the third ZagrebDoXXL event, Is Udba Our Destiny?to be held on Thursday at 5pm, theatre 5, including the screening of the controversial documentary Tito’s Murder Squads and accompanying discussion, Thursday at ZagrebDox brings lots of interesting titles from various programmes and the Pitching Forum.

Theatre 1 at 7pm expects you with the American documentary Killswitch, directed by Ali Akbarzadeh. Through the story of two young hacktivists, Aaron Schwartz and Edward Snowden and their unfortunate destinies, and interviews with Lawrence Lessig, Tim Wu and Peter Ludlow, the film again raises the questions of democracy, freedom of speech and protection of privacy in the USA. At 9pm, theatre 4, the audience can take part in another dox event – the premiere of The Spirits Diaryby Damir Čučić. The Golden Arena winner for best film in 2012 in his latest work interestingly connects the process of illegal brandy making and art. The documentary is a reconstruction of audio recordings made by the author’s friend, the tragically dead sound technician Mario Haber, during the spirit production process in his house in Samobor. The film is followed by a Q&A with the director.

At 8pm, theatre 2, Masters of Dox are scheduled. Petar Krelja is presenting his latest film Storms Always Return Home, about Robert Međurečan, a former war veteran and author of the book Prodajem odličje, prvi vlasnik. The same block includes the new films by two important American documentarians whose films screened at previous ZagrebDox editions – The Lion’s Mouth Opens by Lucy Walker and Claustrum by Jay Rosenblatt, who visited the 10th ZagrebDox. At 10pm, theatre 5, check out the Polish-German happy dox Domino Effect, directed by Elwira Niewiera and Piotr Rosołowski. The film focuses on the Abkhaz minister of sport, who organises a world domino championship hoping to finally draw his beloved country on the world map.

Thursday features the central part of the professional training programme ZagrebDox Pro - the only regional pitching forum focusing on documentary film gathers 13 projects and takes place at 10am, theatre 5.