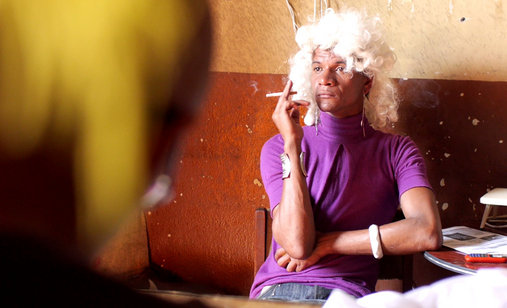 +
Transgender people are highly persecuted in Africa. The exception is Cape Verde, where you can find the most respected trans women. Called Tchindas, we meet them in the month leading up to what is considered to be Africa's best Carnival celebration.

The LA festival jury acknowledges the quality of the documentary pitched at ZagrebDox 2014.

The Hollywood Reporter described Tchindas as a beautifully made vérité chronicle of painstaking preparations for the São Vicente carnival, taking place on the second most inhabited Cape Verde island.

Check out more information about the film on the official website.