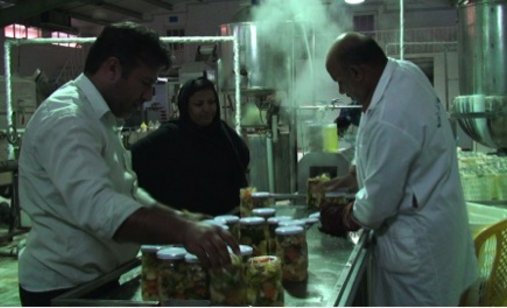 +
Roghieh makes other women in her city powerful by creating job for them. She is 38 years old, married and a mother of five. In spite of her poor literacy and being sabotaged by governmental people, she established Southern Women NGO in Minab (a small town in the south of Iran) and has set to make the Thursday Bazaar with the majority of female salespersons bigger. But, she has a serious obstacle: the Mayor, who wants to build a shopping mall instead of the Bazaar.

The director of the documentary project 'Will She Win the War', pitched at ZagrebDox 2014, speaks for Women News Network.

The director of the documentary project Will She Win the War was interviewed by Women News Network; she spoke about the position of Iranian women and artists, social barriers and economic isolation the women in Iran are exposed to.

Will She Win the War is a story about 30-year-old Rogieh, a married mother of five who empowers women in her town by finding them a job. Although she is barely literate and the government constantly sabotages her, she founded the independent organisation Southern Women in Minab (a town in the south of Iran), and she decided to expand the Thursday market with most of females sales staff. However, there is one serious obstacle: the mayor who instead of the market wants a shopping mall.