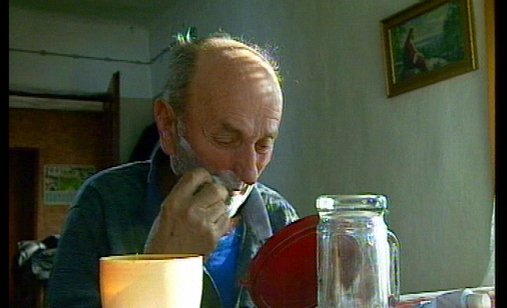 +
In the village of Pećno in the Žumberak hills, fifty kilometers away from the Croatian capital, life has remained unchanged for decades.

So close, but at the same time so far away, live the last twenty inhabitants of this picturesque wilderness. Sights and sounds portraying the ‘forgotten’ and their wrinkled faces fighting their everyday battles with nature speak for themselves.

Damir Čučić began pursuing film in 1989 at Enthusia Planck Filmmakers’ Group. In the past 20 years, he has developed in several areas within the audiovisual media, mainly as a film director. He has directed documentary, experimental, short fiction films, science TV serials, documentary radio dramas and two feature-length films, which garnered 24 awards and were shown at around 130 festivals in 40 countries and on more than 20 public TV channels. His fiction film A Letter to Dad (2012) won the Golden Arena for best Croatian film in 2012, while Čučić was awarded for best editing and best debut director. Mitch – Diary of a Schizophrenic Patient (2014) received a Jury Special Mention at FIDMarseille. Documentary The Spirits Diary screened in the 2015 ZagrebDox Regional Competition, while Čučić was a member of the ZagrebDox international jury in 2014.