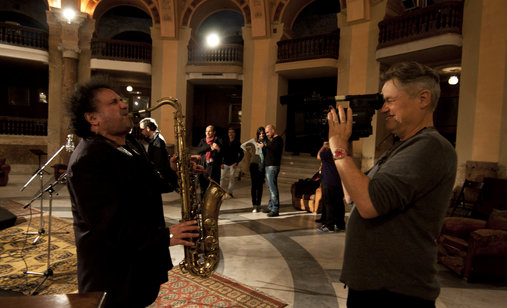 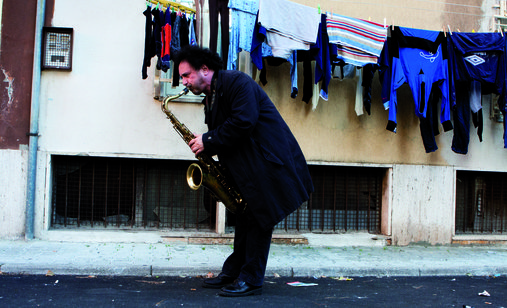 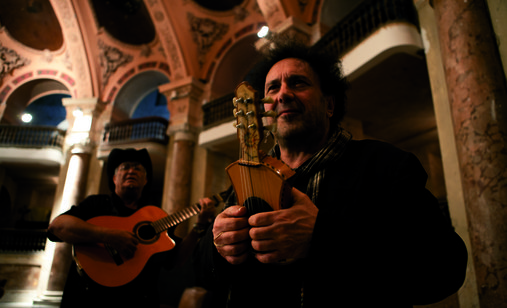 +
A portrait of Neapolitan saxophonist and singer-songwriter, who combines his love of world music and jazz fusion with forgotten instruments and folk drum rhythms.

A portrait of Neapolitan saxophonist and singer-songwriter Enzo Avitabile, who combines his love of world music and jazz fusion with forgotten instruments and local folk drum rhythms. Oscar-winning director Jonathan Demme follows Avitabile’s travels around Naples with a lively handheld camera: from his messy workroom in a working-class neighborhood to a visit to the poor suburb of Marianella, where he grew up. In the meantime, the energetic Avitabile talks about his turbulent life: about meeting living legends such as James Brown and Tina Turner, losing his wife, his conversion to Buddhism and return to Christianity, and the period when he was blind.

Jonathan Demme is an American director, screenwriter and producer born in 1944. His first film success was Melvin and Howard (1980). In 1991 he won an Academy Award for Silence of the Lambs, one of the five films ever to win in all the five main categories (best film, director, screenplay, leading actor and leading actress). Afterwards he directed another winner, Philadelphia (1992). In addition to fiction hits, Demme made a series of documentary films such as: Neil Young Trunk Show (2009), New Home Movies From the Lower 9th Ward (2007), Neil Young: Heart of Gold (2006), Stop Making Sense (1984, about a Talking Heads concert).