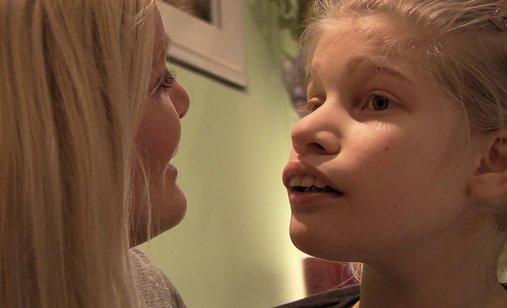 +
A film about a girl whose microcosm is confined not only by disease and disability, but also by cold-heartedness of her neighbors.

Stella lives in Zagreb. She is thirteen, she does not speak, does not walk and does not see almost anything. She can only move if assisted or in a wheelchair. Stella was born with a 100-percent disability: she has a complex cerebral paralysis, hypoplasia of corpus calosum, spinal tumor and a hard form of mental retardation. In order to make carrying of Stella from the street to their apartment less difficult (the route includes 35 steps, plus once again that many for carrying the wheelchair), the parents requested their neighbors to allow them passage through their backyard in order to avoid the staircase. However, the neighbors would not hear of it.