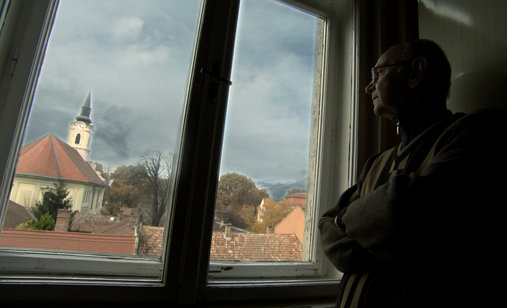 +
The film sheds a new light on the government intelligence operations in the communist period in Hungary, as symbolised by the name of János Kádár.

The film portrays a glimpse of government intelligence operations in the communist period in Hungary, as symbolised by the name of János Kádár, the long-time (1956-1988) Communist Party Secretary General and Hunagrian president, in an entirely new light. This is the first time that a former high-ranking spy openly talks about spying on the Catholic Church. Next to the conversation with the intelligence man himself, the film confronts him with representatives of ‘the other side’ – the Catholic Church in Hungary.

Ágota Varga is a director, cinematographer and producer. After her studies in journalism, Ágota has worked as a program editor, then a chief editor for television. Since 1990 she has made documentaries as well as report films. Winner of the Béla Balázs Award, the UNESCO and Tolerance Prizes, in addition to several Hungarian and international film festival and critics’ awards, Ágota Varga has nearly 100 documentaries to her name. She has received invitations to festivals and events all throughout Europe, Asia, as well as North and South America. All of her films have been aired on public television channels; her film premieres and projections usually receive wide media coverage. Her films that have gained the most recognition are: The Light of Our Eyes, Descendants and Porrajmos - The Gypsy Holocaust. In her most recent documentary, a spymaster of the Hungarian secret police speaks out for the first time ever (The Spymaster - 2013, 63 min). The film’s International premiere is held at the ZagrebDox Film festival (2014).