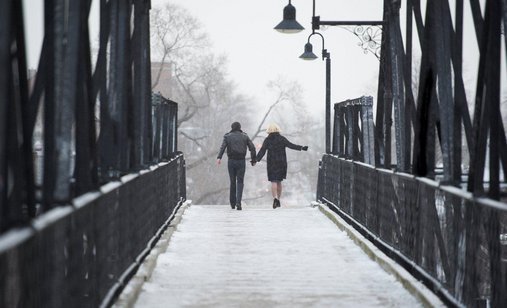 In this inspired, genre-twisting film, Oscar-nominated author Sarah Polley discovers that the truth depends on who’s telling it. Polley is both filmmaker and detective as she investigates the secrets kept by a family of storytellers. She playfully interviews and interrogates a cast of characters. As each relates their version of the family mythology, present-day recollections shift into nostalgia-tinged glimpses of their mother, who departed too soon, leaving a trail of unanswered questions. Polley unravels the paradoxes to reveal the essence of family: always complicated, warmly messy and fiercely loving. Stories We Tell explores the elusive nature of truth and memory, but at its core is a deeply personal film about how our narratives shape and define us as individuals and families, all interconnecting to paint a profound, funny and poignant picture of the larger human story.

Sarah Polley, born in Canada in 1979, is a writer, director and an actress whose dramatic features include Away from Her (nominated in 2007 for an Academy Award for Best Adapted Screenplay, and winner of the 2008 Genie Awards for Best Motion Picture and Achievement in Direction) and Take This Waltz (2011), starring Seth Rogen, Michelle Williams and Sarah Silverman.

Produced by:
National Film Board of Canada