In addition to the premieres of Croatian documentaries "Once Again" by the Opalić-Pintarić directing duo and "Marko" by Silvio Mirošničenko, Wednesday at ZagrebDox brings a potential Oscar winner "Cutie and the Boxer" and the Berlinale award winner "Velvet Terrorists". 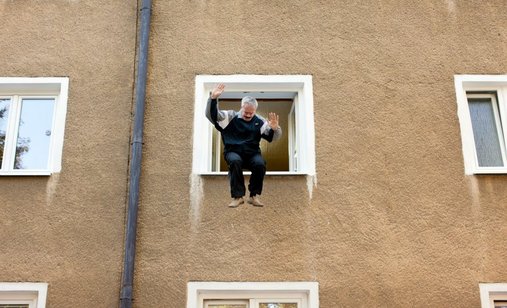 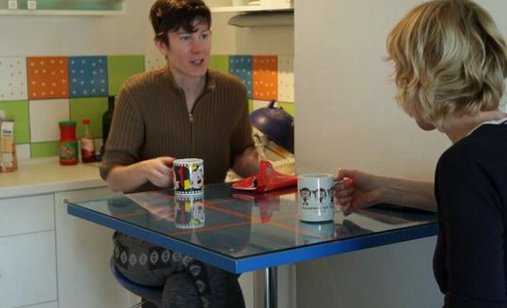 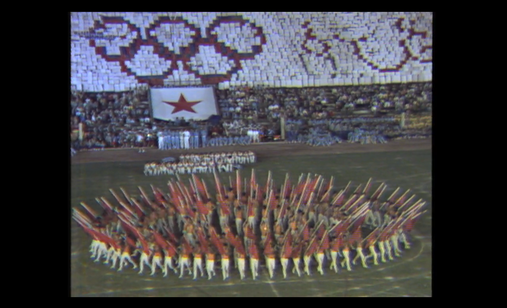 Wednesday at ZagrebDox begins with another fiery title – Burn, directed by Tom Putnam and Brenna Sanchez, and backed by actor Denis Leary as the executive producer – goes to the very heart of fire and life of those fighting against it in the busiest and worst financed fire department in America. Burn won the audience award at Tribeca 2012 and is scheduled for noon, theatre 2.

Another chance for the audience to see the film that opened the 10th ZagrebDox, a documentary about the search for a perfect relationship directed by local filmmaker Tatjana Božić – Happily Ever After – is scheduled for Wednesdday, 3pm, theatre 3 and Thursday, 7pm, theatre 1.

In order to ease the problems of teenagers at least to some extent, ZagrebDox this year prepares again the Teen Dox section, intended for the young. On Wednesday it screens the short Spanish film Kisses and another Sundance entry, Web Junkie, showing us the microcosm of modern Chinese life and the troubles of those hooked on the internet, reprogrammed at an internet addiction centre in Beijing. The screenings begin at 4pm, theatre 5.

This year’s edition of ZagrebDox includes four films competing for one of the most prestigious film awards – Oscar! The Biography Dox category shows Cutie and the Boxer, a film about art, partnership and 40-year-long love story between Ushio and Noriko Shinohara, eccentric Japanese artists who met and got married in New York in the early 1970s. debut director Zachary Heinzerling won the best director award at the last edition of Sundance and the film won the second prize at Tribeca Film Festival. At ZagrebDox it is scheduled for 6pm, theatre 4.

At the same time in theatre 5, running for the Big Stamp in regional competition we will show the film by Serbian filmmaker Marta Popivoda, which premiered last year at Berlinale. Yugoslavia; How Ideology Used to Set Our Collective Body in Motion is a film depicting youth labour actions, 1st May parades, Youth Day celebrations, student and civil protests and how they set our collective bodies in motion. After the screening the audience can engage in a Q&A with the author.

Wednesday brings us also several interesting premiering films by local filmmakers within Dox events. At 7pm, theatre 1, the directing duo Ana Opalić and Noah Pintarić present the premiere of Once Again, following the lives of five friends, four lesbians and one transgender person during five years, 2007-2013, focusing on their relationships, friendship, activism and creative work.

At 9pm, other two local titles follow. The premiere of a new film by Silvio Mirošničenko whose documentaries were shown at the most important Croatian (Pula, Motovun, Days of Croatian Film) and foreign festivals, Marko, a 15-minute tale of a lonely and almost blind old man Marko who lives in St. Anna nursing home in Zagreb. Afterwards, The 4th Monkey, a new film by Croatian director Hrvoje Mabić, in which painful testimonies of residents and parents reveal the secrets of Lopača psychiatric hospital.

After the screening of his film Velvet Terrorists at 7pm, theatre 3, the Q&A will host director Pavol Pekarčik. The film has recently won the independent jury award, Tagesspiel Readers’ Prize, for the best international competition film at the 64th Berlinale.

As many as two films from the official section Controversial Dox in a row will be screened in the same slot, beginning at 10pm, theatre 4. The short documentary Beach Boy, the British vérité documentary about young men from Mombasa selling themselves to elderly European tourists was also the best short documentary film at the last year’s Karlovy Vary festival.

After that, the Hungarian film Spymaster is scheduled, a film revealing the long-kept secrets of a former Catholic Church spy, an ex police officer who recruited and kept contacts with numerous agents. After the screening the audience is invited to chat with the 10th ZagrebDox guest Ágota Varga.