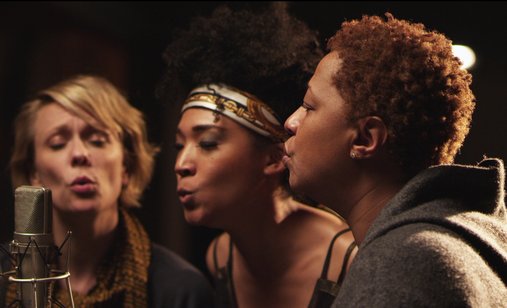 The Oscar award ceremony took place on Sunday in Los Angeles and Twenty Feet from Stardom won the Academy Award in the best documentary film category.

The award was presented to director Morgan Neville and producer Caitrin Rogers. On stage they were joined by one of the film protagonists, Darlene Love. In her long career Darlene was a back vocal to celebrities like Elvis Presley, Tom Jones, Frank Sinatra, Aretha Franklin and Bruce Springsteen. At the ceremony she garnered ovations with her performance of the gospel hymn His Eye Is on the Sparrow.

In Twenty Feet from Stardom the award-winning American director Morgan Neville puts the untold stories of back vocals to some of the greatest legends of the 21st century in the spotlight. Check out the trailer.

Of five films competing for the Academy Award 2014 in the best documentary film category, four were screened at the 10th ZagrebDox. In addition to the mentioned Oscar winner, shown in the Musical Globe section, the others were The Act of Killing, Cutie and the Boxer and Dirty Wars.